Home Minister: Protection of independence the principal tenet of any society 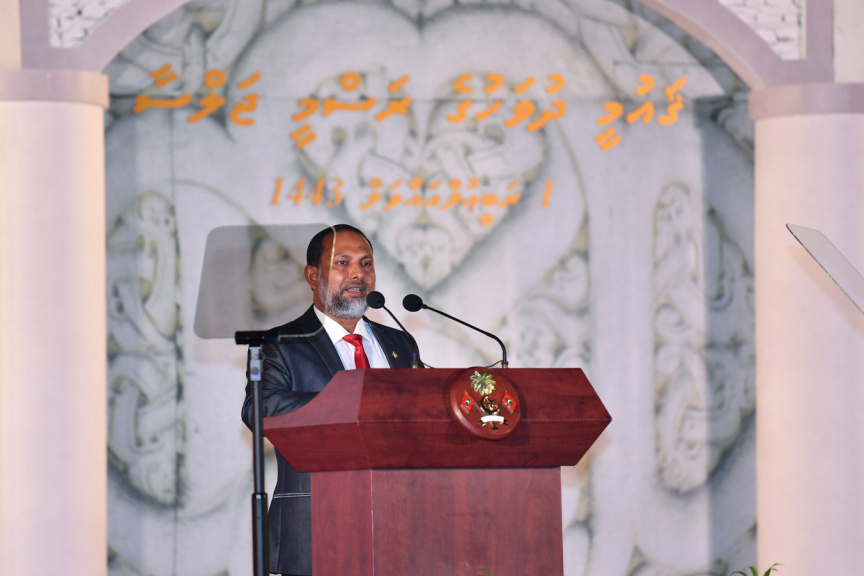 Home Minister Imran Abdulla said on Wednesday that the protection of independence is the principal tenet of any human society.

He made the remark in his speech at the official function held at the Republic Square on Wednesday evening to mark National Day.

Imran noted that Maldivian ancestors had made numerous sacrifices throughout the history of time to protect the nation’s independence.

“The proud ancestors of our beloved nation have established this tenet to the fullest,” he said.

Imran said that celebrating National Day in remembrance of Muhammad Thakurufaanu Al Auzam - who delivered the Maldives from the occupation of the Portuguese – serves to increase the significance of the day and honors his sacrifices.

He said that protection of the independence that Maldivian ancestors fought so hard to achieve and delivering it to the future generations remains the most important duty of the current generation.

“Delivering this great responsibility that our ancestors delivered to us through such great sacrifice to the future generations is a great religious and national duty we must shoulder,” he said.

Imran said that the Maldivian people need to nurture and develop virtues in order to defend against modern challenges facing the nation.

'Ability to meet Yameen is disinclination for revenge'

Will be difficult to rule without maintaining coalition