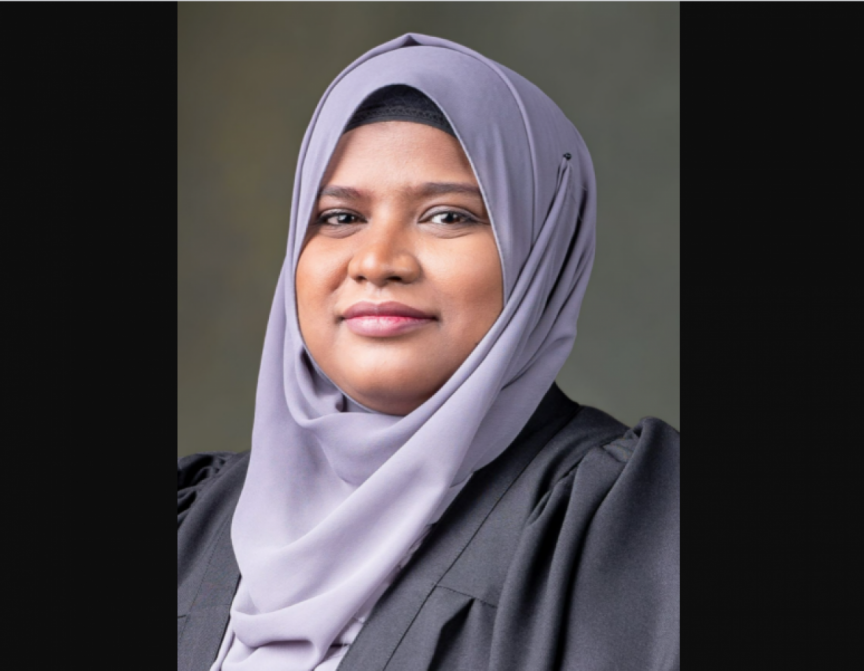 Judicial Service Commission (JSC) has cleared High Court Judge Fathimath Faruheeza in the misconduct allegations raised against her for supposedly meeting a party to a case filed with the court.

The misconduct allegation investigated against Judge Faruheeza was regarding meeting a party to a case filed at S. Feydhoo Court after concluding a hearing on the case.

Following the conclusion of their investigation of the matter, JSC noted that the misconduct allegations raised against Judge Faruheeza could not be proven. They said that the decision was reached during a meeting held on last Sunday.

JSC gave no further details regarding the case.

Judge Faruheeza was appointed to High Court last October. Prior to this – she was serving as the Chief Magistrate at S. Feydhoo Court.