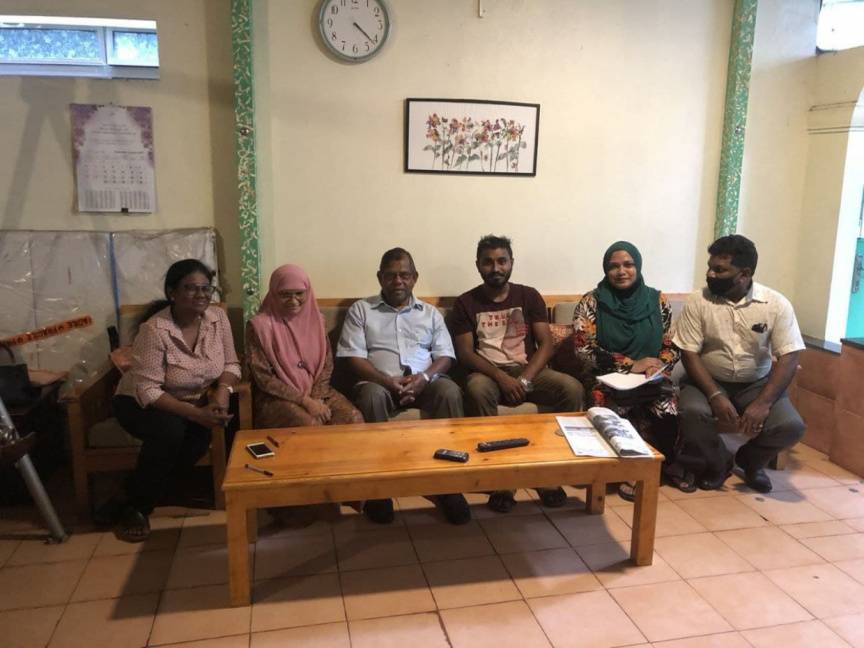 Parliament Speaker, former President Mohamed Nasheed's parents have signed the petition calling for a constitutional referendum to switch from a presidential system to a parliamentary system.

Nasheed's mother, Abidha Mohamed, and his father, Abdul Sattar Umar, had signed the petition on Thursday.

Renowned lawyer Nishan Ibrahim who is leading the team behind the petition told Sun that Nasheed's parents had signed the petition on Thursday evening - and that they had done so due to the closes relationship formed between the two of them and the team.

"Both of them had signed our petition upon our request and because it is a matter of public interest," he had said.

Nasheed has always been a strong advocate for a parliamentary system. His have also been signing the petition, including some sitting MPs.

Prior to this, Nasheed had told President Ibrahim Mohamed Solih of his wishes to change Maldives’ system of governance to parliamentary, and become the Prime Minister – via a text message.

The team spearheading the petition had begun meeting political parties on Tuesday - seeking their support for the petition.

Nishan had told Sun that the team had sent an official invitation to hold discussions regarding the petition to all political parties.

Nishan said that upon collecting that targeted the number of signatures – the petition would be presented both to the President and the Parliament, along with a request to hold a constitutional referendum.