Maldivian Ambassador to Saudi: Salman Mosque to be inaugurated by Saudi Crown Prince 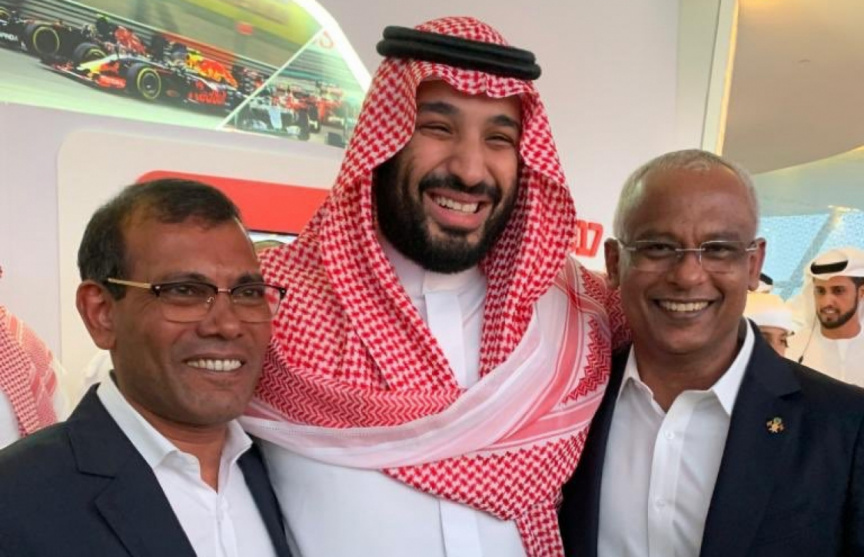 In an interview given to the media outlet 'Arab News', Ambassador Khaleel stated that the Crown Prince will be arriving in the Maldives when work on the mosque reaches full completion.

"We are looking forward to the completion of the mosque and the visit of Crown Prince Mohammad bin Salman to officially inaugurate the mosque," he had said.

"The mosque will also stand as a historical monument to commemorate the golden jubilee of Maldives’ independence," he added.

The King Salman Mosque is the largest in the Maldives. Around 4,000 worshippers can be accommodated on the first and second floors of the mosque. The third floor is comprised of four classrooms and five seminar rooms. The fourth floor consists of a library an auditorium able to accommodate 350 people. The fifth floor is a multi-purpose hall, able to accommodate 300 people.

The mosque was built by the Turkish company, Turmaks.

The mosque was initially supposed to be opened for last Ramadan - however, due to multiple reasons, it was delayed. The new target is to see the official inauguration of the mosque before next year's Ramadan.

A delegation from Saudi Arabia arrived in the Maldives on August 29 - for discussions regarding the mosque's opening.