Two injured in a motorcycle accident at Hulhumale’ Phase 2 bridge 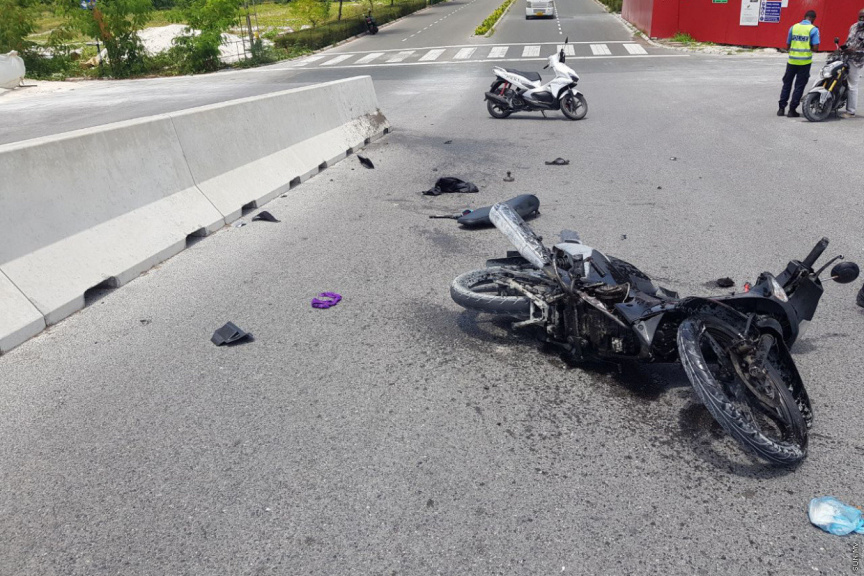 A motorcycle accident occurred at Hulhumale’ Phase 2 bridge – leaving two individuals injured, out of which one had reportedly sustained a fracture to the leg.

A media official from Maldives Police Service had told Sun that the accident had occurred near the entrance of the Phase 2 bridge – adding that it was two men who were injured in the accident.

The media official further detailed that they were informed of the accident at around 12:20 this afternoon – detailing that the accident had taken place as the motorcycle had crashed into one of the dividers placed on the bridge, subsequent to the driver losing control of the motorbike.

As per information received to Sun, one of the men injured in the accident had sustained a fracture to the leg. Both the men injured were transported to Hulhumale’ Hospital for treatment.

Hulhumale’ Hospital’s media official confirmed to Sun that a 31-year-old Bangladeshi man was taken to the hospital following an accident this afternoon. However, the media official said that no other details regarding the man could be shared with the media at the moment.