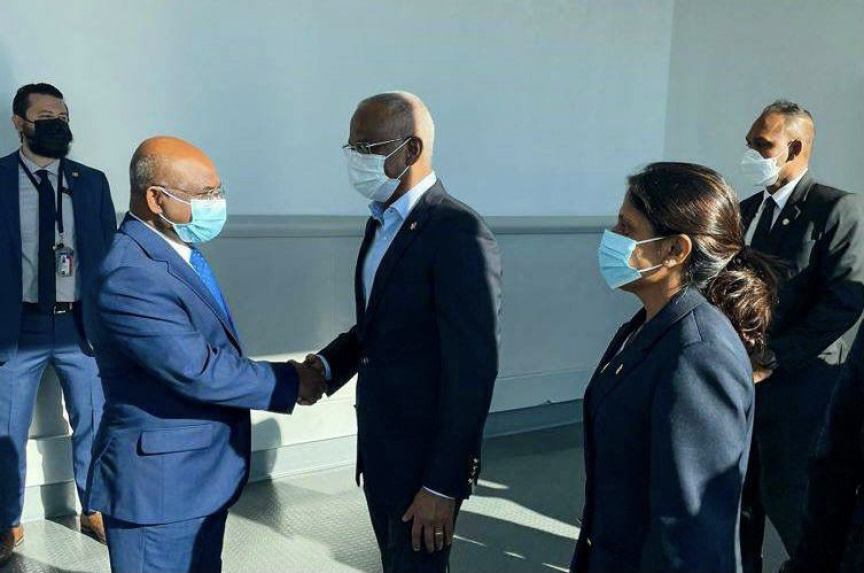 He was welcomed upon landing at John F Kennedy Airport by the President of the General Assembly, Maldivian Foreign Minister Abdulla Shahid, and Maldivian Ambassador to the US and Permanent Representative of Maldives to the UN, Thilmeeza Hussain.

President Solih is accompanied on this trip by First Lady Fazna Ahmed and a high-level Maldivian delegation.

After their arrival in New York, they attended a special dinner hosted by Shahid at the PGA Residence.

President Solih is scheduled to deliver his address at the 76th session of the UNGA on Tuesday, September 21.

He is scheduled to conclude his trip to New York and return to the Maldives on September 28.