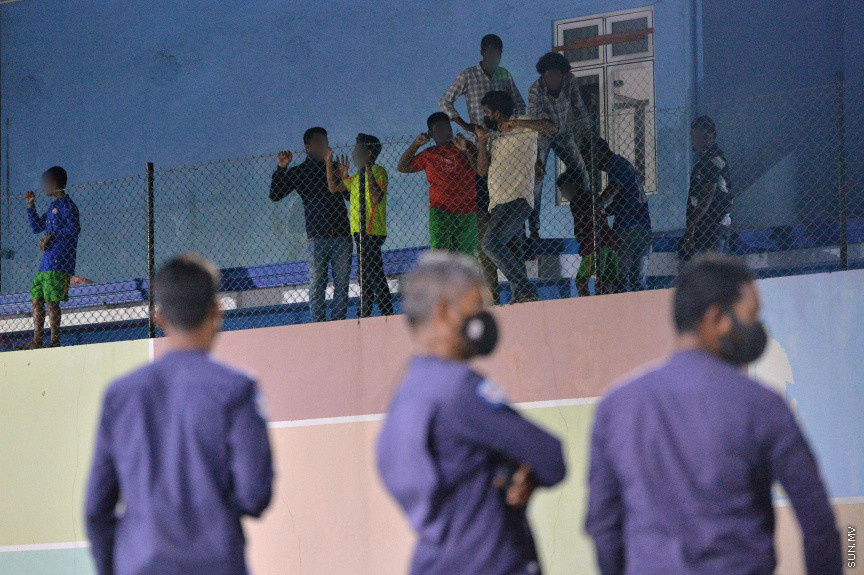 Children living at Fiyavathi children's shelter in Hulhumale' City climb the roof of the building on September 17, 2021. (Sun Photo/Fayaz Moosa)

Advocating the Rights of Children (ARC) – a non-governmental organization promoting the rights of children – has stated that the recent events at state-run children’s shelter, Fiyavathi, indicate the lack of adequate support by the state for the children living in the shelter.

In a statement released expressing concern over the events of September 17 at Fiyavathi, including the fire in the building as well as some of the children being seen unsupervised on the rooftop claiming mistreatment – ARC called on the government to ensure that the children living in the shelter are being provided with all forms of supports they require in a manner that respects and protects their rights and dignity.

“ARC expressed deep concern regarding the recent events Fiyavathi Shelter – which houses children below the age of 13 years taken under State care. Such incidents can be indicative of lack of adequate support,” the statement read.

In their statement, ARC also noted that reports have mistreatment at the shelter had come to light over the past few weeks – thus, the events of September 17 appear to be the culmination of multiple incidents.

“Any incidences of mistreatment must be dealt with immediately, and urgent action needs to be taken to ensure the protection and well-being of all children,” they added.

In concluding their statement – ARC reiterated its call on the government to improve the security and affirm the safety of all children under its care. They all called on the relevant authorities to urgently investigate the reasons behind these repeated incidents and ensure accountability from those managing the shelter.

The Children’s Ombudsperson’s Office also has made a statement regarding the recent events at Fayavathi – noting that they were closely monitoring the situation, highlighting that this was mandated upon them by the law.

They also said that discussions were being held with relevant government authorities in order to identify the steps which can be taken to prevent such incidents from occurring in the future.