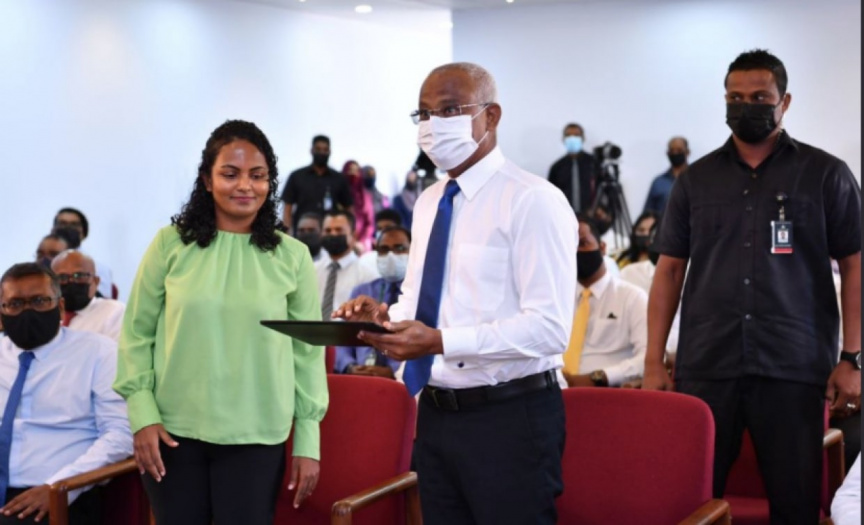 The launch of the service was held at the National Center for Information Technology (NCIT) on Tuesday morning, and was attended by the President, Environment Minister Aminath Shauna, additional Cabinet ministers, and heads of President’s Office and NCIT.

Speaking at the launching event, Shauna noted that the new service will modernize communications and improve convinience.

Shauna said that the sservice comes with a dashboard, allowing people to check the number of documents submitted to government institutions in real time.

She said the service can be used to communicate with any government institution, any time.

Govt. to bring in two electric minibuses for Male’