241 Committee: Criminal investigations should be launched against officers who tortured detainee 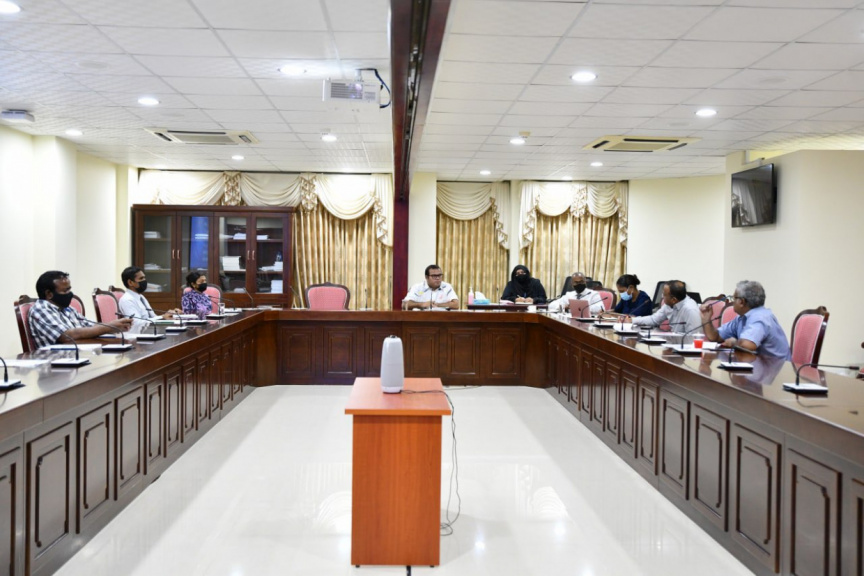 Parliament's Security Services Committee convenes for a meeting on May 8, 2021. (Photo/People's Majlis)

The Parliament’s Security Services Committee (241 Committee) that reviewed the case of an individual who was tortured whilst in police custody – has passed to ask the Police to launch criminal investigations against individual officers who were the perpetrators.

241 Committee had submitted the report formulated by them to the parliament floor - regarding the case of Ahmed Siraj, Sweetheart, L. Kalaidhoo, who was subjected to torture whilst under police custody.

The report stated that Siraj was tortured while under custody at Isdhoo Police Station – after being arrested for theft. It also pointed that Siraj was forced to make a statement saying that his injuries were not the result of an attack by police officers.

It was also noted in the report that administrative action was taken by the Police – against the officers who were involved in the attack. In this regard, three officers were allowed to stay on the force – subject to strict supervision for an eight-month period, whereas two were also mandated counselling.

Hence, the Committee has proposed to launch criminal investigations against all the officers involved in the attack as well as to forward cases subsequently to the Prosecutor General’s Office in order to press charges.

Debating on the Committee’s report – MDP parliamentarians expressed concerns over the occurrence of police brutality in the governance of an administration that had pledged against the use of violence. They also stressed the pressing need address these matters.