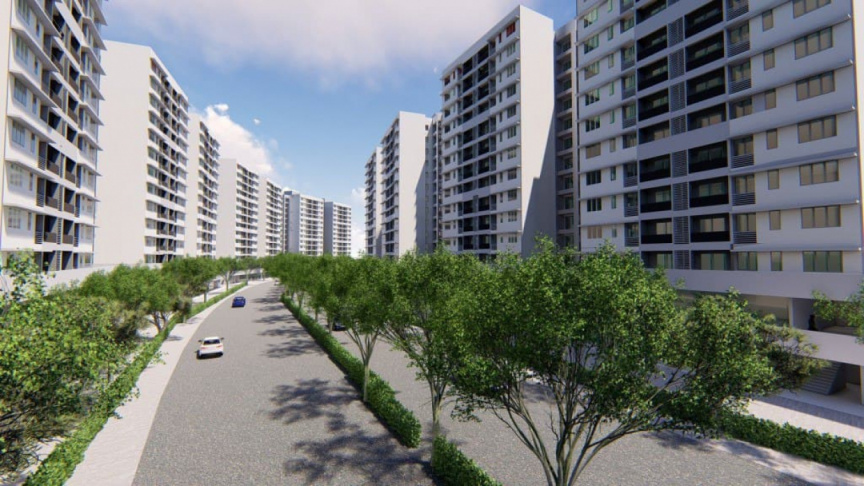 Housing Development Corporation (HDC) has stated that work on the Vinares flats being developed at Hulhumale’ Phase II is well underway – with overall 50 percent of the project complete.

Prior to this, HDC has stated that the Vinares flats – which are being developed under the current administration’s housing scheme – will reach full completion by May 2022.

An official from HDC who had spoken to Sun earlier today – told that 50.57 percent of the project is currently complete.

The government has opened the opportunity for Hiya flat owners to switch to Vinares flats if wanted – subject to that they give up the Hiya flat owned. In line with this, HDC has stated that a total of 250 individuals have placed their requests already to switch - however, this will only be finalized after evaluating the application, to see if they meet all the requirements.

Housing Ministry has previously stated that although Vinares flats are more spacious – they will be more expensive than the Hiya flats.

State Minister at Housing Ministry, Akram Kamaluddin, has previously told Sun that the rent of Vinares flats is estimated at MVR 17,000.

HDC to build a mosque in Hiya flat area

HDC: We have land sale rights of Hulhumale'