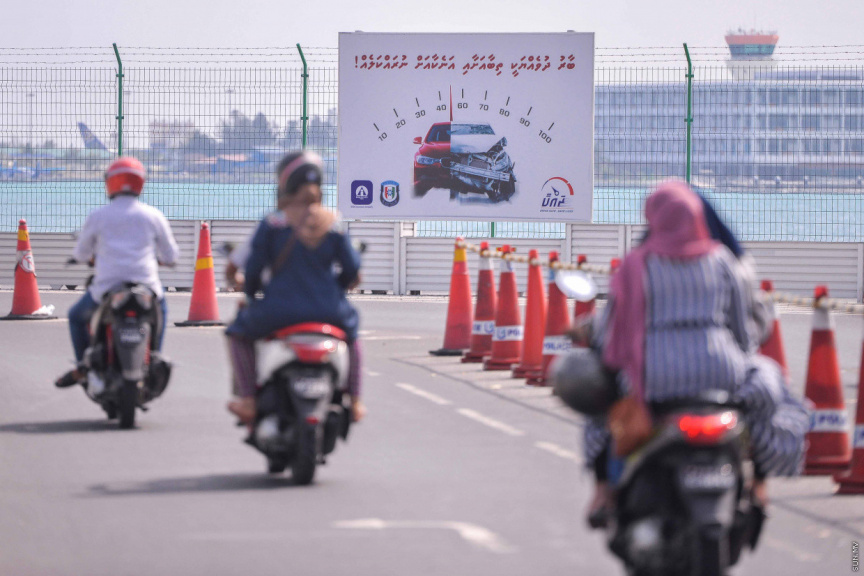 A motorcycle which ran a red light on the Sinamale’ bridge crashed into another motorcycle on early Thursday, leaving two people injured.

Police said the accident was reported to the authorities at 12:45 am this Thursday.

Police said that preliminary investigative findings show the accident took place when a motorcycle ran the red light at the Hulhule’ junction, colliding with another motorcycle travelling from Hulhumale’ to Hulhule’.

The drivers of both motorcycles – identified as a 31-year-old and a 24-year-old - sustained injuries in the accident. One of the drivers was taken to the Hulhumale’ Hospital, while the other was taken to Tree Top Hospital.

Police said that one of the drivers, the 31-year-old, does not have a license.

Police have towed the motorcycles involved in the accident and are investigating the case.

Woman passes away after traffic accident in Male' City

Police: Woman injured in accident was overrun by van