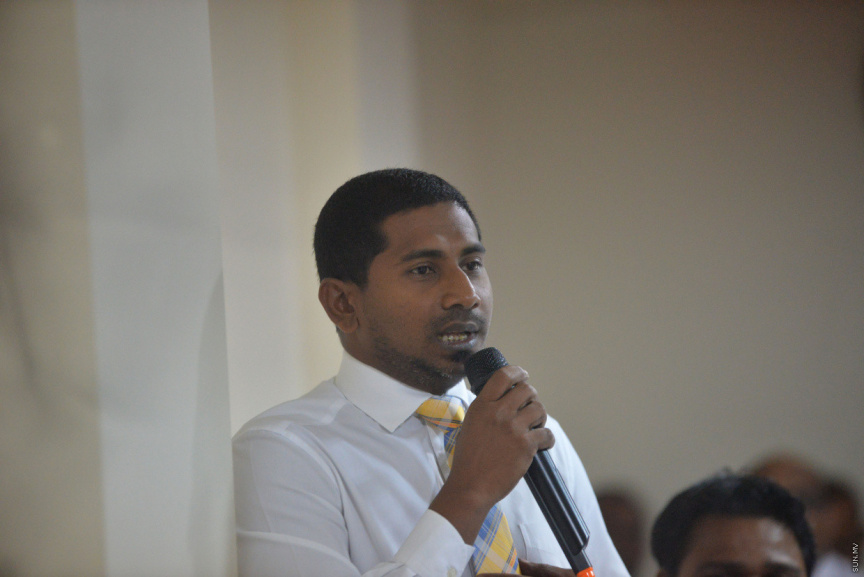 A letter sent to Mahloof informing the decision read that the case would be reviewed in the meeting held tonight at 8:30 – which they have requested Mahloof’s attendance at.

Mahloof has lodged a complaint at the Elections Commission (EC) over his disqualification prior to this - following lack of response from the MDP Council of Appellate Judges and MDP chairman Hassan Latheef to letters requesting a review of the decision to disqualify him from the elections.

Subsequently, EC member Fuad Thaufeeq stated that they do not have the jurisdiction to make a decision regarding MDP’s decision to disqualify Mahloof.

However, following this, EC had responded stating that the decision by MDP to disqualify Mahloof was made in violation of the party’s constitution submitted to the commission.

State Minister for Housing Akram Kamaluddin was also disqualified from contesting in the National Council elections. However, the decision was reconsidered on the request of Akram – following which it was decided that he will be allowed to contest.

Both Akram and Mahloof were named on the list of suspected beneficiaries of the MMPRC graft scandal compiled by the Corruption and Asset Recovery Commission.

Mahloof has reiterated that he is eligible to contest in the elections as no criminal charges against him have been proven in court - nor has he been charged with a crime.