ACC: No policy to ensure consistency when paying damages incurred in government projects 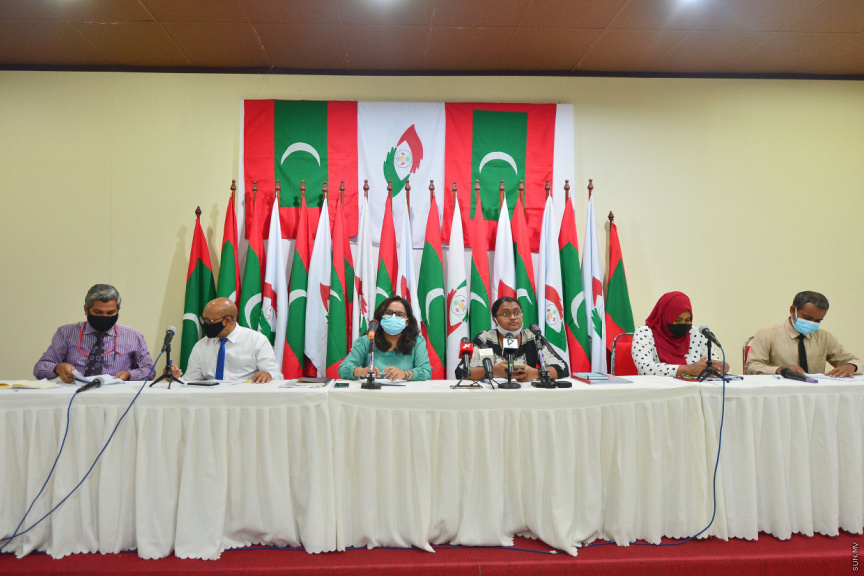 A capture from a press conference held by Anti-Corruption Commission on May 28, 2021. (Sun Photo/Fayaz Moosa)

Anti-Corruption Commission (ACC) has formulated a risk assessment report highlighting the issues they have noticed regarding the provision of compensation for damages incurred in government projects.

In their report – it was stated that ACC had noticed issues that may lead to corruption from the cases they have reviewed regarding the provision of compensation for damages incurred in government projects. Recommendations were also made on how to improve the compensation policies in order to minimize the chances of corruption.

One of the main issues raised by ACC in its report is the lack of a detailed policy or a regulation to refer to by the Settlement Committee that is tasked with advising the President on matters pertaining to provision of compensation by the government – which leads to each case being concluded differently or how the Committee would want it to be concluded at the time it is dealt with.

ACC also raised the issue of the failure to monitor the agreements made pertaining to government projects are adhered to and enforced in a constructive manner. Moreover, the failure to assess damages along with the lack of a guideline to follow when assessing damages is also noted as issues in addition to the failure state in writing that damages may be incurred.

Therefore, ACC said that the failure to follow these straightforward practices have later on resulted in many difficulties.

They have also made recommendations in the risk assessment report on how to solve these issues – which includes major changes to agreements made between the Settlement Committee and the party claiming damages.

'MVR 29 million asked to be recovered for State'