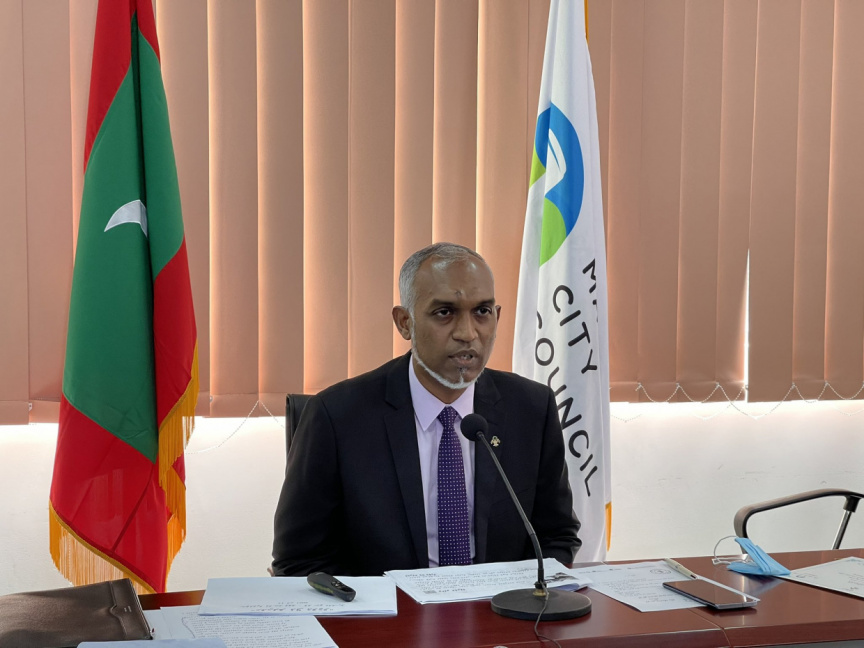 Male’ City Mayor Dr. Mohamed Muizzu has stated that Waste Management Corporation Limited (WAMCO) employees will resume entering houses for waste collection under the new normal measures – just as how waste collection was carried out prior to the pandemic.

At the onset of the pandemic, WAMCO had requested household to adhere to the standards of the Municipal Waste Management Plan formulated by the Health Protection Agency – which stipulated that waste bags should be kept outside of the household during the waste collected hours so that it can be collected by WAMCO employees.

Speaking at a function held last night to meet Maafannu residents, Muizzu stated that under the new normal measures – waste collection should revert back to the previous process, citing that the waste bags being kept outside households have soiled the roads of Male’ City.

Accordingly, Muizzu noted that entering to houses for waste collection will resume starting from September 21 – whereas the order to do so will soon be sent to WAMCO.

Mayor Muizzu also added that the matter has been discussed prior to this in a meeting held between the Council and WAMCO – where it was also decided to revert back to normal waste collection procedures.

A lot of concerns have been raised over the foul smell emitting from waste bags kept outside of households under current procedures – in addition to nuisances by pests such as cats and rats subsequent to the accumulation of garbage.

All services by Male’ City Council to be digitalized