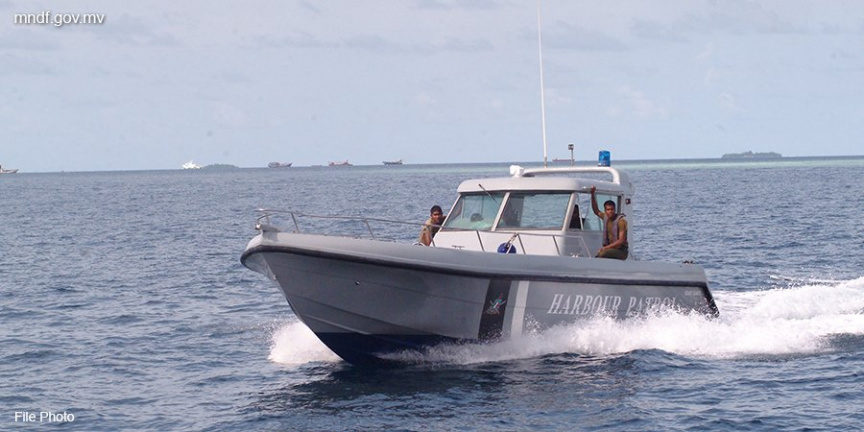 A vessel of the MNDF Coast Guard. (Photo/MNDF)

A boat that was traveling nearby by Fihalhohi Island Resort in South Male’ Atoll capsized earlier today.

The incident occurred at around 10:30 this morning. At the time of the incident, there were three people onboard – one Maldivian and two Bangladeshis – and the boat was about 6.5 nautical miles away from Fihalhohi Island Resort.

The boat’s name has been identified as ‘Raya’. It was transporting metal and construction aggregate from Thilafushi when it had capsized.

According to MNDF, they were informed of this incident this afternoon around 14:48. Following the report, the Coast Guard had immediately gone to the area – after which the three people onboard were rescued with the help of a passerby boat ‘Dhirun’.

MNDF also added that the three rescued have been transported to Hulhumale’ via a Coast Guard’s harbor craft.

Autopsy to be performed on deceased MNDF officer