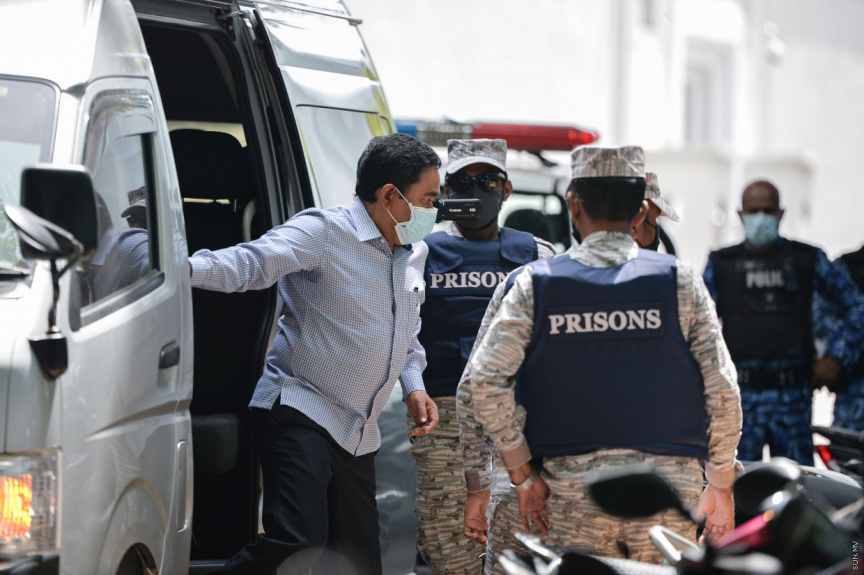 Former Maldivian President Abdulla Yameen Abdul Gayoom refused to answer questions when presented before the Disappearances and Deaths Commission on Tuesday, choosing instead to exercise his right to remain silent.

Yameen was summoned to the DDCom in connection to its investigation into the disappearance of Ahmed Rilwan Abdulla, a journalist who worked for Minivan News (later renamed Maldives Independent), in 2014.

He has been accused of obstructing the police investigation into the case.

DDCom member Misbah Abbas told Sun that Rilwan’s family, as well as the rest of the Maldivian people, would have wanted Yameen to respond to the allegation against him.

Misbah said the DDCom finds it regrettable that Yameen refused to cooperate, despite being given numerous opportunities to do so.

He said that the former Maldivian leader, instead of answering DDCom’s questions, chose to exercise his constitutional right to remain silent.

“The commission finds it regrettable that a person who served as the Head of State refused to cooperate and remained silent, despite being given multiple opportunities to do so when presented before the commission,” said Misbah.

He said Yameen was summoned by the DDCom because it needed to make important clarifications with respect to the allegation against him.

DDCom, a commission created by President Ibrahim Mohamed Solih to deliver his electoral pledge of delivering justice for victims of unsolved murders and enforced disappearances, has been repeatedly hit with criticism over lack of headway in its investigations.

"Everyone in government committed money laundering"

President urges all govt. employees to get vaccinated