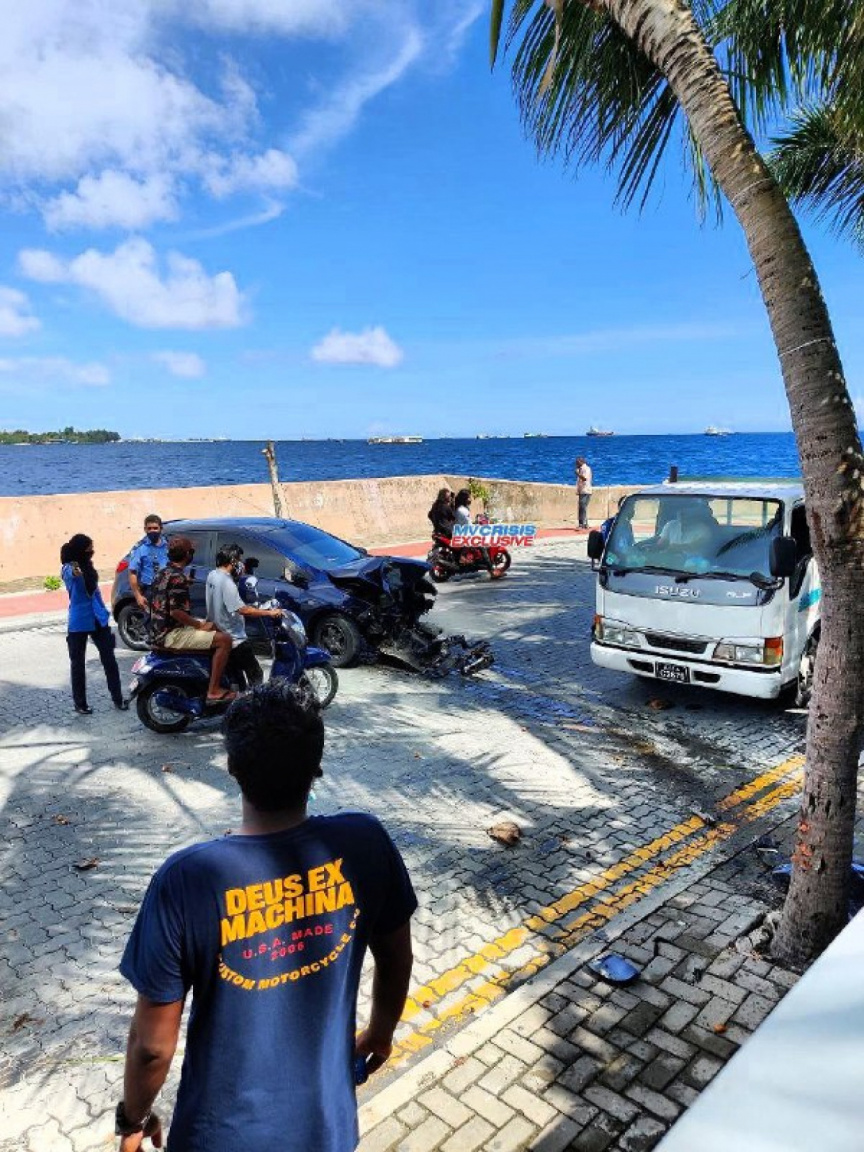 Car crashes into a palm tree behind IGMH on August 1, 2021. (Photo/MvCrisis)

An accident has occurred at Boduthakurufaanu Magu, behind IGMH, at which a car had crashed into a palm tree.

Police have confirmed to Sun that this accident took placed around 09:50 this morning.

They also confirmed that no one was injured in this accident.

The Police further detailed that during the time of the accident, it was being driven by a man who did not have a driver’s license – and that the car has now been towed by the Police.

A dangerous accident had taken place in Male’ City yesterday as well. Two muggers who stole a mobile phone from a migrant worker near the Vilimale’ Ferry Terminal had crashed into two pedestrians – a woman and a child – while attempting to flee the scene of the crime on a motorcycle.