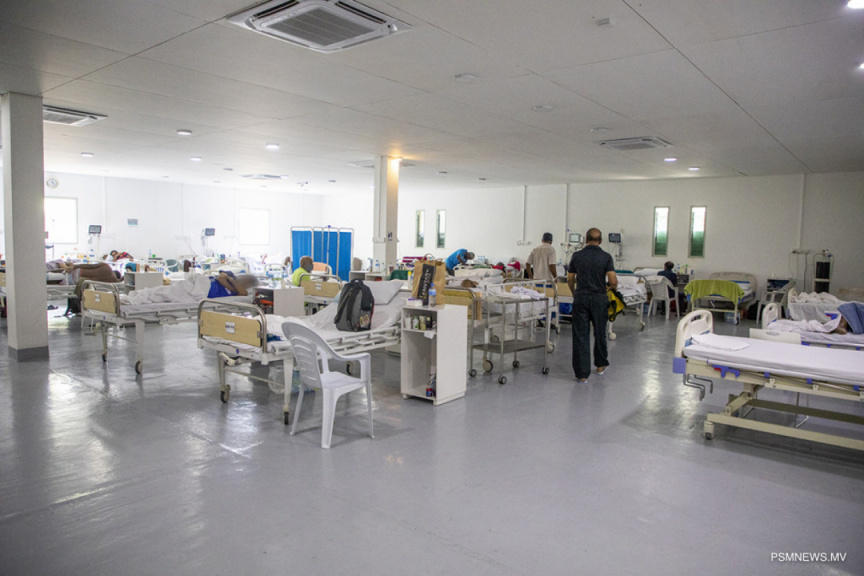 Hulhumale’ Hospital, the operator of Hulhumale’ Medical Facility (HMF) has revealed that the facility is presently vacant following the discharge of their last patient sometime last night. HMF is the main treatment facility for COVID-19 patients in the Maldives – who require admittance to a health care facility in order to be treated.

CEO of Hulhumale’ Hospital Mariya Saeed confirmed to Sun that the facility presently houses no in-patients. She also added that they had successfully maintained a low admittance rate over the past week.

HMF was built to capacitate 270 patients at the same time.

“We are discharging patients after providing them with the best of care. There was just one patient last night. We only discharged the patient when we were confident enough that the patient was well enough to be transferred to home,” Mariya explained.

The COVID-19 situation in the Male’ area has significantly improved recently. While patients in critical conditions are treated at Dharumavantha Hospital – as of last night, there were only two in-patients were being cared for at the hospital.

During April and May of this year, the COVID-19 situated had turned dire consequent to a sudden spike in cases in the Male’ area. Following this, HMF saw its busiest day where they were concurrently treating 200 in-patients. During this time, there was a shortage of healthcare personnel following which authorities had sought help from volunteers to keep the facility running.

After the situation was brought under control in June, the number of patients being admitted continued to significantly drop – until the facility became completely vacant last night.