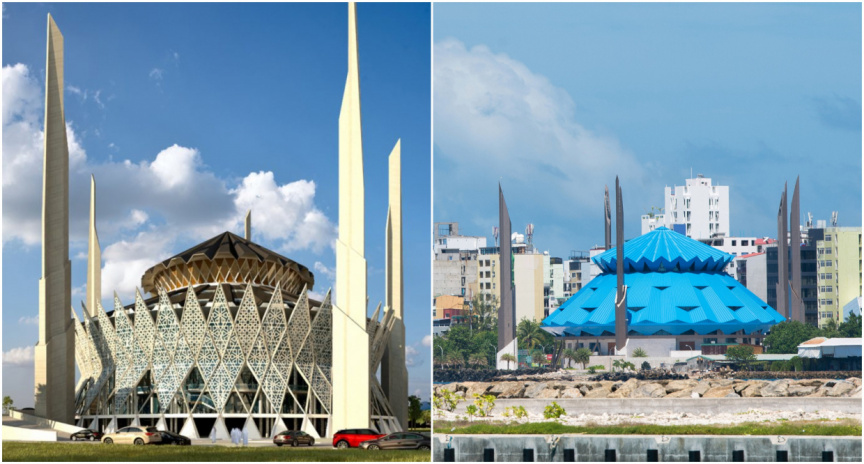 Islamic Minister Dr. Ahmed Zahir Ali has confirmed that the state has been served a notice of intention to sue based on the allegation that the design of King Salman Mosque is a duplicate.

Speaking to Sun today, Minister Zahir stated that the notice addressed to him was sent by the Malaysian company, NRY Architects – via letter.

Minister Zahir further explained that the notice included evidence gathered by the company – including pictures from a meeting held with the government.

"They have all the evidence and documents. They also have pictures from meetings held with the government," Minister Zahir had said.

King Salman Mosque was built by the Turkish company, Turmaks. The government has yet to announce when the mosque will be officially opened.

Minister Zahir added that NRY has not filed the case yet. He also added that legal advice on the matter has been requested from the Attorney General.

King Salman Mosque was initially supposed to be opened for last Ramadan. Minister Zahir has previously stated that the delays in opening the mosque was as a delegation from Saudi Arabia is scheduled to attend the opening ceremony.

Around 4,000 worshippers can be accommodated on the first and second floor of the mosque. The third floor is comprised of four class rooms and five seminar rooms. The fourth floor consists of a library an auditorium able to accommodate 350 people. The fifth floor is a multi-purpose hall able to accommodate 300 people.