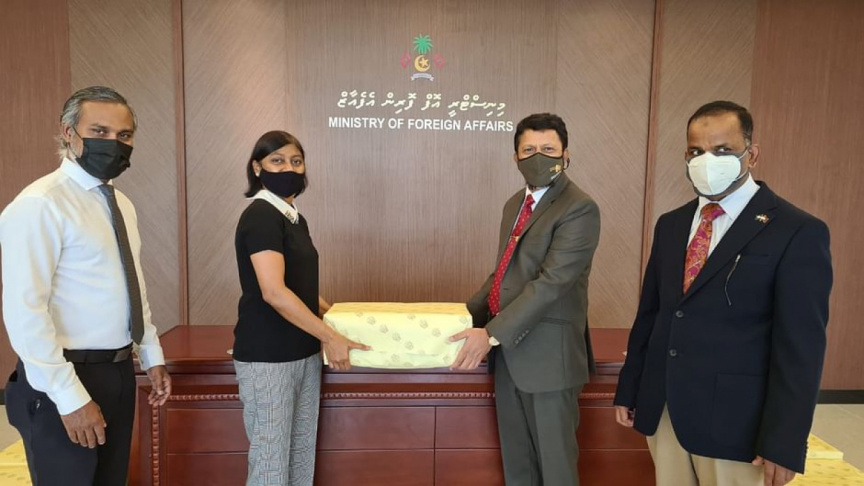 The gift was presented by Bangladeshi High Commissioner to Maldives Nazmul Hassan to Chief of Protocol at Maldivian Foreign Ministry Aishath Shan Shakir on Monday.

The Harivanga mango is a mango cultivar produced in the northwest part of Bangladesh, especially in the Rangpur district.

Sheikh Hasina has also sent a box of the famous mango to Indian Prime Minister Narendra Modi as a token of friendship between the two countries.

Shan - who previously served as Maldivian High Commissioner to Bangladesh - thanked High Commissioner Nazmul Hassan and PM Sheikh Hasina on behalf of President Solih for the gift, which she described as a symbol of the strong friendship between the two countries.