Amendment to Airport Taxes and Fees Act ratified by President 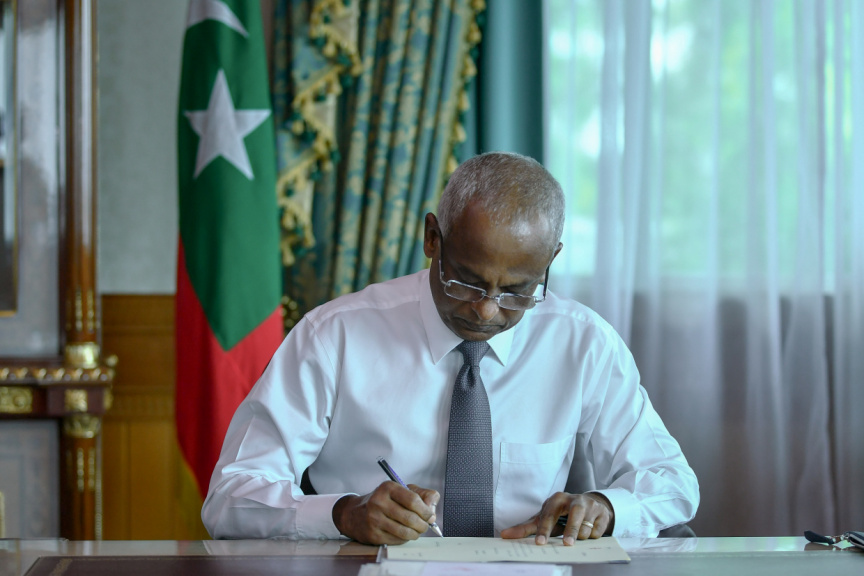 President Ibrahim Mohamed Solih has ratified the first amendment to the Airport Taxes and Fees Act – to introduce a new tax to be charged from all outbound travelers based on their travel class.

The Amendment was passed by the Parliament on July 5. It introduces the ‘Departure Tax’ which will be charged from all outbound passengers departing from any airport in the Maldives.

Departure Tax will be collected from all international outbound travelers from Maldives – including foreigners and locals. It will be categorized into four in which locals and foreigners will be charged the same amount in all categories except for in Economy Class.

This tax will be implemented starting January 1, 2022. The previously enacted Airport Service Charge shall remain in effect until December 31, 2021 – and will be collected from all outbound travelers from Velana International Airport until then.

Departure Tax will only be exempt for travelers with diplomatic immunity, transit passengers and children under the age of two years.

5 arrested in multiple drug operations by the Police