MP Ali Azim: I didn’t receive stolen funds, could be another ‘Azim’ 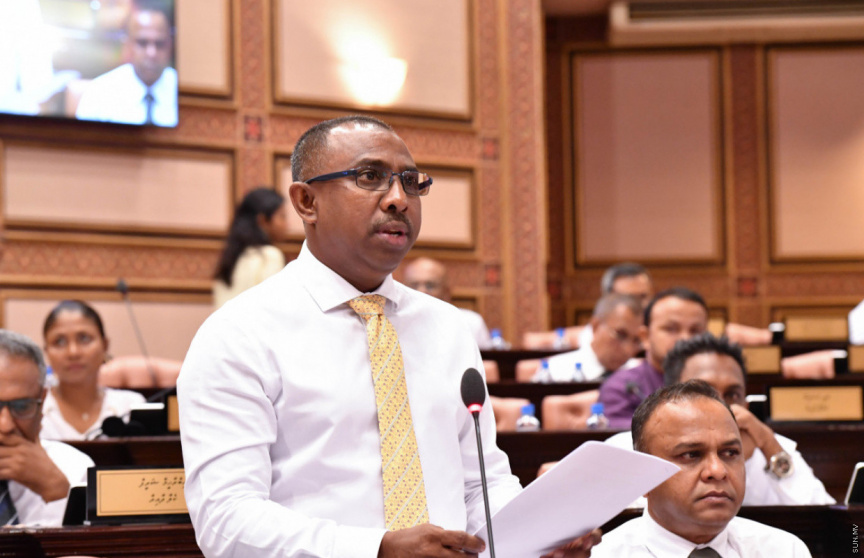 MDP parliamentary group leader, Central Henveiru MP Ali Azim, on Saturday, denied receiving any funds stolen from MMPRC, and suggested it could have been someone else who shares his name who received stolen funds.

Speaking on Clubhouse on Saturday morning, Ali Azim said he was “extremely surprised” at learning his name was on the list of suspected beneficiaries of the MMPRC scandal.

He denied receiving a single cent of the stolen funds.

“The people must know. The only reason my name is on it is because someone called Hussain Mohamed, I think, said in a statement on Adeeb that he delivered 3 million to me at Adeeb’s instruction,” said Azim, referring to former Maldivian Vice President and Tourism Minister Ahmed Adeeb Abdul Gafoor, who has been sentenced in connection to the MMPRC scandal.

Ali Azim said he and Adeeb were longtime friends, and suggested that people ask Adeeb whether he had received any of the stolen funds.

Ali Azim said that it has been three months since he sent a letter to the Corruption and Asset Recovery Commission asking that they expedite the investigation against him.

He said he has not been questioned by the commission to date.

“As I am a representative of the people, I do not wish to remain here with the people in doubt,” he said.

Ali Azim previously stated that Adeeb gave him a bag which contained a “liquid” substance. He said that the liquid substance in question was legitimate, and that he would reveal what it was later.

MP Azim: I did not resign from Committee