Nasheed dissatisfied with investigation to find financers of May 6 blast 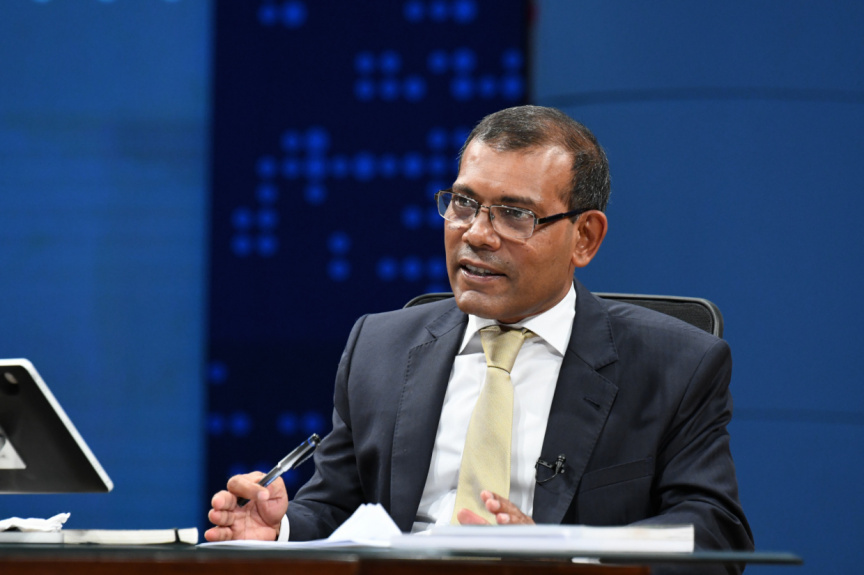 Parliament Speaker, former President Mohamed Nasheed states the police need to find not just the people who detonated the IED, but also the people who planned and funded the attack, before they conclude their investigation into the May 6 terror attack.

However, the police have yet to find anyone who funded the attack.

In an appearance on an episode of Ask Speaker on Monday night, Nasheed said the biggest priority in the investigation should be to identify and arrest the people who planned and funded the attack.

“I have told the Commissioner of Police himself that I believe we require more technical assistance in the investigation.  And I asked the Commissioner to request for this with the government. The Commissioner later did not speak on the subject. I believe that if the people who planned this and who funded this remain at large, this isn’t done,” he said.

Nasheed said that it’s not just the four people who were actively involved in detonating the IED who should be held responsible alone, but the police must find the people who planned and funded the attack before they conclude the investigation.

“I believe that if the people who planned and funded this remain identified, they may detonate another bomb tomorrow. And there’s no doubt their mission is to kill me. Therefore, it will be very difficult for me to life freely in Male’ unless this gets done,” he said.

Nasheed said the government runs the risk of losing public trust if they fail to conduct a proper investigation into the case.

“According to the laws currently in practice in Maldives, investigations by investigative agencies need to be fool-proof. And no one should influence the investigation. Whether it’s the home minister, the President, or anyone else. The investigation must be conducted properly,” he said.

Though Nasheed’s own daughter, Meera Nasheed alleges the attack to be an “inside job”, Nasheed said he does not believe the government had been involved in the attack.

Nasheed underwent multiple lifesaving surgeries at ADK Hospital in Male’ to remove ball bearings and other shrapnel, some of which perforated his internal organs.

He was later transferred to a military hospital in Germany, where he underwent more surgeries, and is now in the United Kingdom.