Ahmed Zahir elected as President of Editors Guild of Maldives 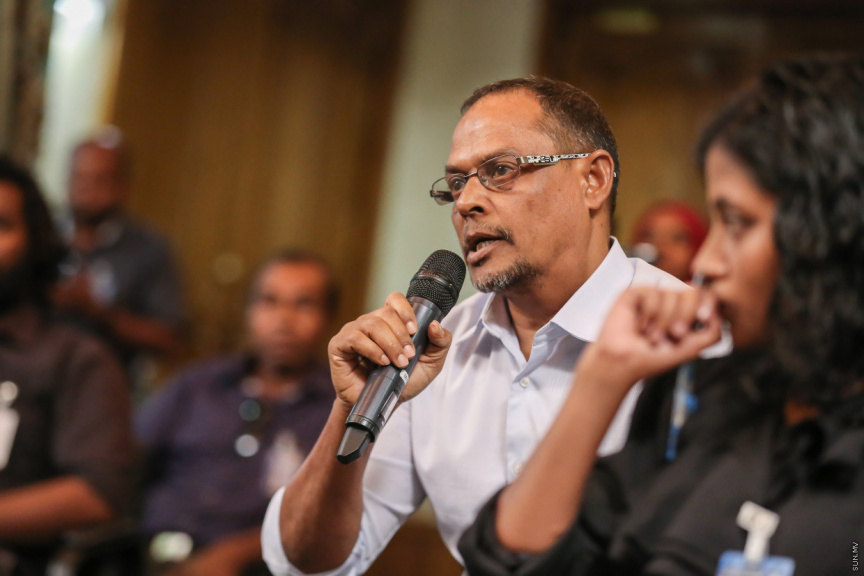 Former Chief Editor of Sun Online Ahmed Zahir (Hiriga) has been elected President of the Editors Guild of the Maldives.

Alongside Zahir, seven other members were also elected to different posts for a three-year term. Zahir, who was a leading figure in founding the Editors Guild was elected as President after no other member expressed their intention to run against him. A referendum was held for the post, where Zahir was supported by all members in attendance.

Ahmed Zahir, the newly elected President, had served as the first President of the Editors Guild as well. He resigned from the post of the Chief Editor of Sun Online three days ago after serving ten years. and had previously served as the Managing Editor of Haveeru News as well.

The Editors Guild is formed of editors and senior figures of Maldivian media who have served for more than ten years in the industry.

Maldives moves up to 72nd in World Press Freedom Index