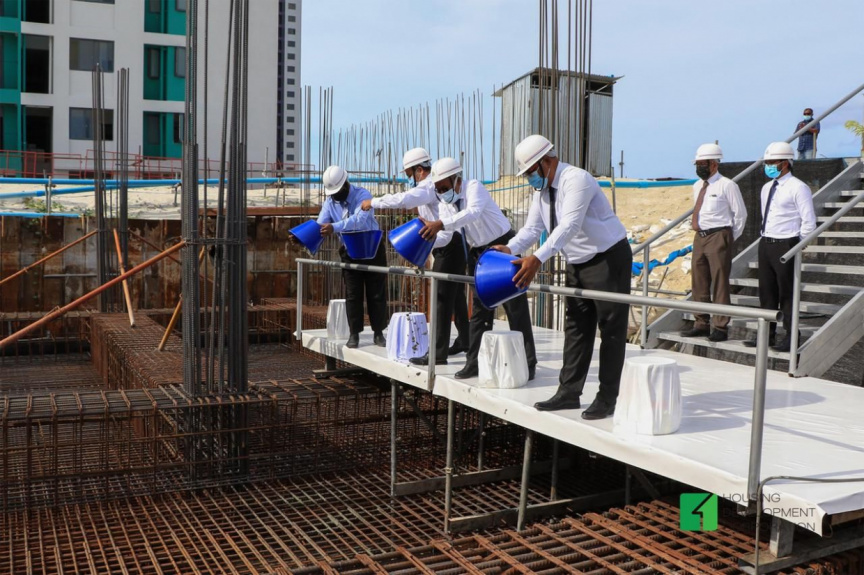 The Maldivian government has announced the monthly rent for council housing units in the towers being developed by Apollo Holdings as part of a government housing project in suburban Hulhumale’ will be within the range of MVR 5,000-MVR 7,000.

Apollo Holdings has been contracted to build 1,000 units in nine towers in Phase I and Phase II of Hulhumale’. The units will be categories into council housing, affordable housing, and mid-range housing. Council units and affordable units will be offered under the government’s housing policy.

Mabrook said that council housing units will be large in size.

The project is carried out under contractor financing method. The management of the mid-range units – measuring maximum 2,400 square feet - will be conducted by the contractor.

Construction of the first tower began in Hulhumale’ last Tuesday. The project is the biggest infrastructure development project to be conducted by a 100 percent local-owned company in Maldives.

MVR 1.5B allocation in '22 budget for housing in atolls