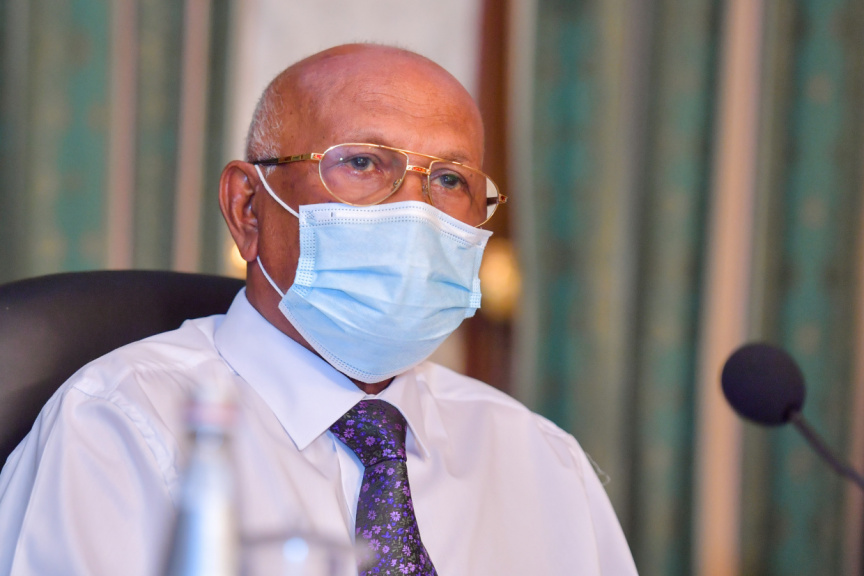 Health Minister Ahmed Naseem said on Tuesday that he expects to receive the final report on the death of Fathimath Mishka Mohamed - Maldives’ youngest COVID-19 victim – in the coming week.

Fathimath Mishka Mohamed, 10, Laajahaage, HDh. Kulhudhuffushi, was declared dead at IGMH in Male’ at 12:10 am on June 2. A preliminary review conducted by Health Ministry into the death show an ambulance was dispatched nearly three hours after the young girl’s condition was reported as an emergency.

In a press conference at the President’s Office on Tuesday evening, Naseem said the preliminary review released on June 4 is not the final report.

He said that he expects to receive the final report next week.

"I still wouldn't say that the investigation is complete. There are some loopholes that need to be filled, and we are working on that. Hopefully, it will be done in a week," said Minister Naseem.

The Minister also today said that the issue on the night of Mishka's death was not the delay in the arrival of the ambulance, but delays in conveying the message to the ambulance.

"When the ambulance was informed, it went to the residence within ten minutes. I very much trust the drivers of the ambulance, and the medical workers inside," said the Minister.

In today's press conference, Minister Naseem also said that a dedicated medical emergency service for ambulances would be introduced soon to enhance the response in the capital towards COVID-19 cases.

President Ibrahim Mohamed Solih, also speaking at the presser said that a number of issues were identified from the case of Mishka, that needed to be corrected and that a number of measures would be taken to do so.

One of the new measures to resolve the issues was the introduction of a 24-hour OPD for COVID-19 patients in the capital. The President also said that seven ambulances would be operational for COVID-19 cases soon as a separate service.

"Work is underway to establish a special emergency medical service for the COVID-19 situation. That is, designating seven ambulances along with paramedics, for the purpose is underway," said the President.

Minister Naseem also said that the death of Mishka showed a lot of issues that were being rectified. One of the biggest was changes to the call center. He said that the current policy was that nurses would oversee the entire procedure once a call is made to an ambulance.

Sun has also been informed through sources that volunteer nurses will be operating the call center.

Minister Naseem said today that, "If a request is made for an ambulance, the nurses will be monitoring things. If the call is made to a doctor, the doctor needs to call back to the call center," said Minister Naseem.

He said that the new measures would hopefully ensure that a such an incident such as Mishla's was not repeated.

President: Bridge project could be awarded in 2 weeks