President: 500,000 doses of Astrazeneca vaccine due to be received in July 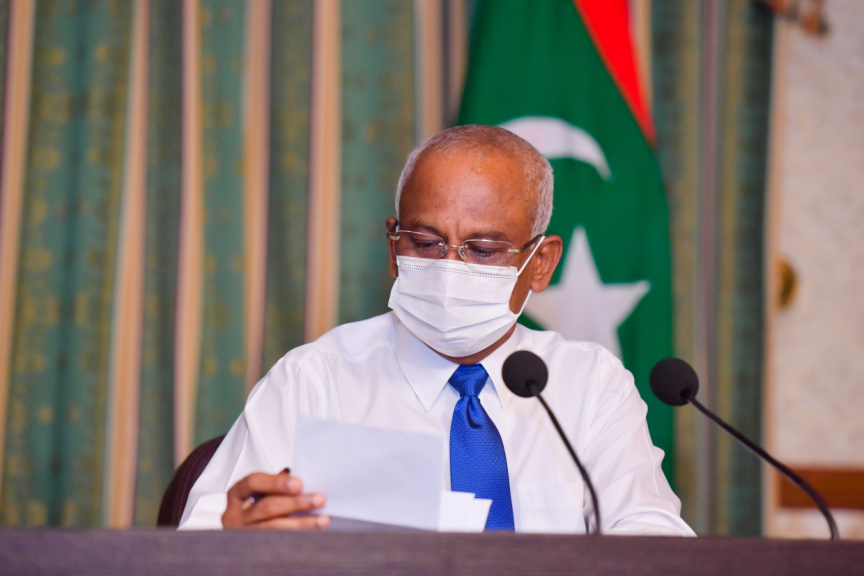 President Ibrahim Mohamed Solih has announced that 500,000 doses of the Astrazeneca-Oxford University developed COVID-19 vaccine will be received by the Maldives sometime next month.

"In that meeting, the company guaranteed us that 500,000 doses if the vaccine would be provided to us in July," said the President.

The Maldives also has an agreement with Russia to procure 200,000 doses of the Sputnik V vaccine and Minister Naseem today said that a non-disclosure agreement had been signed with for the vaccine and the vaccine supply agreement signing would soon commence.

"We have assurances that we will get the vaccine within four weeks of signing the supply agreement," said the President today.

A date for the agreement signing was not disclosed today.

The President also spoke on the pledged supply of vaccines by the United States of America. He said that he was hopeful that the vaccine would be received sometime this month. However, the President said that the number of vaccine doses or the type of vaccines had not yet been finalized and informed by the US.