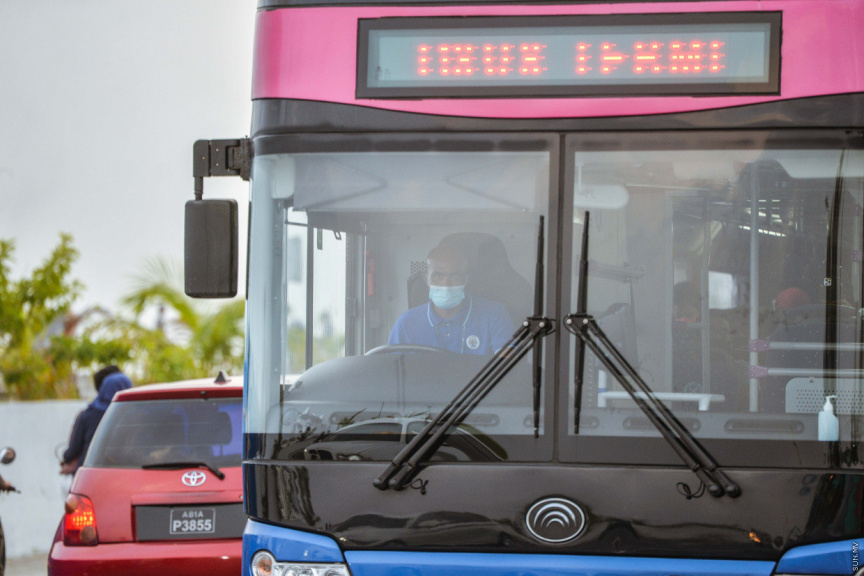 January 3, 2021: A bus of MPL traveling between Male' and Hulhumale'. (Sun Photo/Fayaz Moosa)

The Greater Male' Transport Link has stated that MPL bus services will be stopped temporarily starting from tomorrow.

MPL bus services are provided between Male' and Hulhumale'. The transport services will be resumed at a date to be announced later on. Until further notice, the services will be stopped, according to The Greater Male' Transport Link.

The halt in services comes as the curfew on Male' City was extended from 16:00 to 8:00. A police permit is required in order to go outside during other hours.

Each household is provided two residential permits where the morning and afternoon curfew hours divided into two periods. One will be from 8:00 to 12:00 while the other permits will be issued from 12:00 to 16:00.

Travel between Male' and Hulhumale' will still be restricted during all hours.

Banking days limited to three days a week until June 10