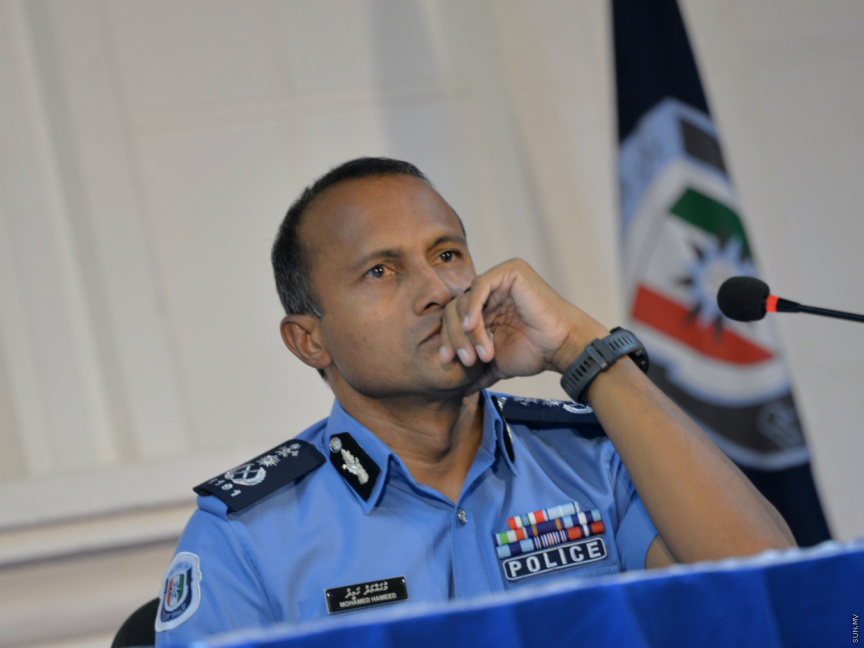 Commissioner of Police Mohamed Hameed has appealed against actions which could hinder the police investigation into the targeted terror attack to assassinate Parliament Speaker, former President Mohamed Nasheed earlier this May.

President Ibrahim Mohamed Solih has appointed a special envoy to monitor the investigation into the attack, which is being conducted with technical support from foreign investigative agencies.

In a tweet on Sunday morning, CP Hameed said the police investigation into the terror attack is well-organized, and conducted in accordance with technical advice from foreign experts.

Hameed said that the police are investigating all aspects surrounding the case.

“I ask that anyone with information regarding this case, whether even a little or a lot, share the information directly with the police,” he said.

Hameed asked that anyone with information regarding the attack call the hotline 9704000 or submit information, including photos and videos, to the online evidence submission portal.