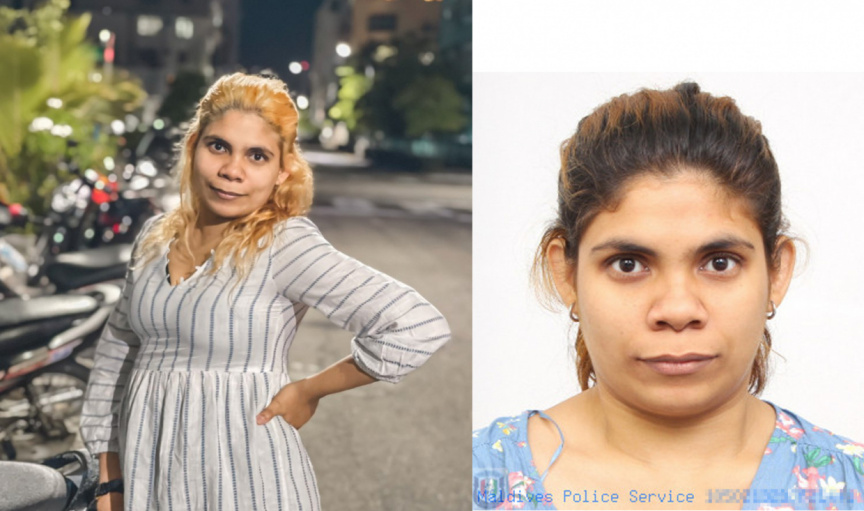 Aminath Humaina Zakariyya, 21, M. Goanbiligasdhoshuge, K. Male’: She has been missing since May 10. (Photo/Maldives Police Service)

A young woman reported missing in Male’ City since May 10 has been found.

The woman, Aminath Humaina Zakariyya, 21, from M. Goanbiligasdhoshuge, Male’ City, was reported missing to the police by her family on Monday, May 10.

The family had said that they have not seen or heard from her since 12:15 on Monday. Police released photographs of the woman and appealed to public help in finding her after all efforts to find her failed.

'Info regarding terror attack was shared with Minister'