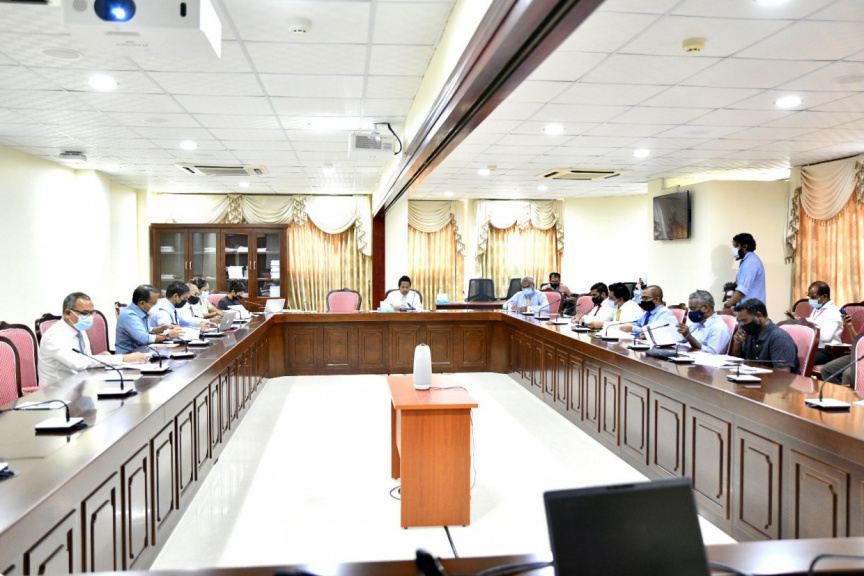 Joint Committee of the Judiciary Committee and Security Services Committee convenes for a meeting on May 12, 2021. (Photo/People's Majlis)

The joint committee, composed of members of Judiciary Committee and Security Services Committee, convened for a meeting on Wednesday afternoon, during which they concluded their inquiry and passed the report.

The committee also passed a motion to attach the unaltered list to the report as an appendix, to be released to the public along with the report.

Committee members said that the list will be released as it is, and that the committee will not change as much as the grammatical errors on the list.

They said that fake lists are being circulated in social media platforms to cast doubt over the committee’s integrity and imply the committee is making alterations to the list.

West Henveiru MP Hassan Latheef said that though the committee has decided to release the list without making any alterations in order to increase transparency, but that the identity cards of the people on the list will be redacted.

The committee previously stated that the list includes total 280 names. Information released by the committee this Wednesday reveals 119 of them are state officials.

This includes former and incumbent parliamentarians, as well as security services officials.

They have also recommended suspending suspected beneficiaries during the investigative and prosecution stages, and to expedite investigations against elected officials as they cannot be removed from power unless they voluntarily resign or are dismissed through a court ruling.

The report passed with the unanimous consensus of the committee.

'No wrongdoings by Immigration in departure of Ali'