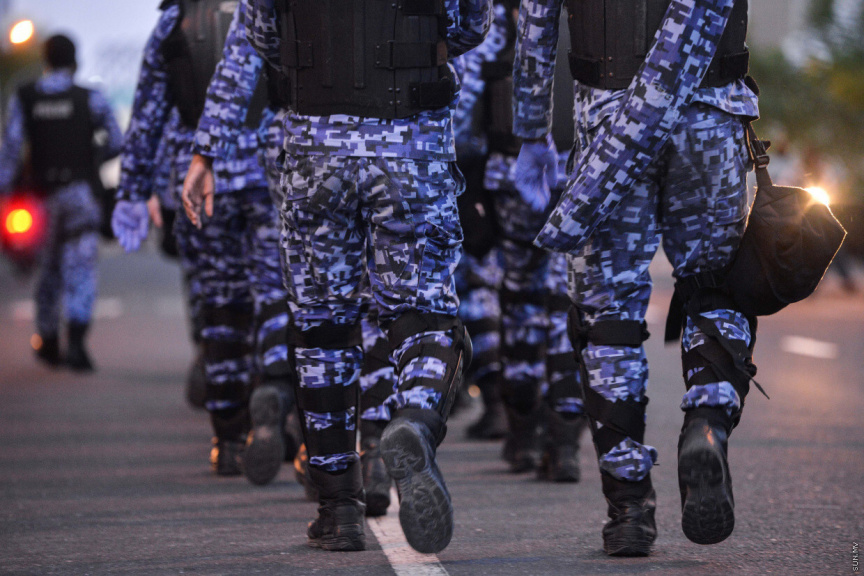 Human Rights Commission of Maldives (HRCM) has launched an investigation into the allegation one of the suspects arrested in connection to the plot to blow up a school lab in Th. Thimarafushi was tortured in jail.

Ahsan Mohamed, 32, Asrafee Villa, Th. Thimarafushi, is one of eight suspects arrested in a counter-terror operation in Thimarafushi last year. He has been charged with conspiracy to carry out an act of terrorism and possession of a document indicating support for a terrorist organization, and is detained at the Dhoonidhoo Custodial.

HRCM said that the case involving the alleged torture of a detainee at Dhoonidhoo Custodial was brought to their attention at approximately 10:00 pm on Friday.

HRCM said that a team was dispatched to Dhoonidhoo Custodial on Friday night to clarify information from the detainee.

“This case will be investigated by HRCM under the Anti-Torture Act,” said HRCM, adding that the family of the detainee has been informed that the case is under investigation by the commission.

According to a statement by the police, Ahsan was taken out of his cell at approximately 08:00 pm on April 11, after he repeatedly blinded the camera installed in his cell using various objects.

“After Ahsan was removed from his cell, the toothpaste rubbed over the camera was cleaned, the objects used to blind the camera removed from the cell, and Ahsan was instructed to re-enter the cell. However, Ahsan refused despite repeated warnings, and issued multiple threats against the police officers there at the time,” said the police.

The police said that officers used pepper spray on him, removed him from the jail area, and handcuffed him after he resisted the police officers who attempted to put him back in his cell and assaulted them.

The police said that Ahsan was warned not to repeat such actions in the future and put back in his cell sometime the same night.

The actions by the officers are under investigation by Police Professional Standards Command and Use of Force Review Committee for compliance with laws and regulations.

The police said they will take necessary action if the investigations uncover excessive use of force.

All eight suspects arrested in connection to the Thimarafushi terror plot are jailed pending the outcome of their trial.