Govt. to introduce price control for some food items for Ramadan 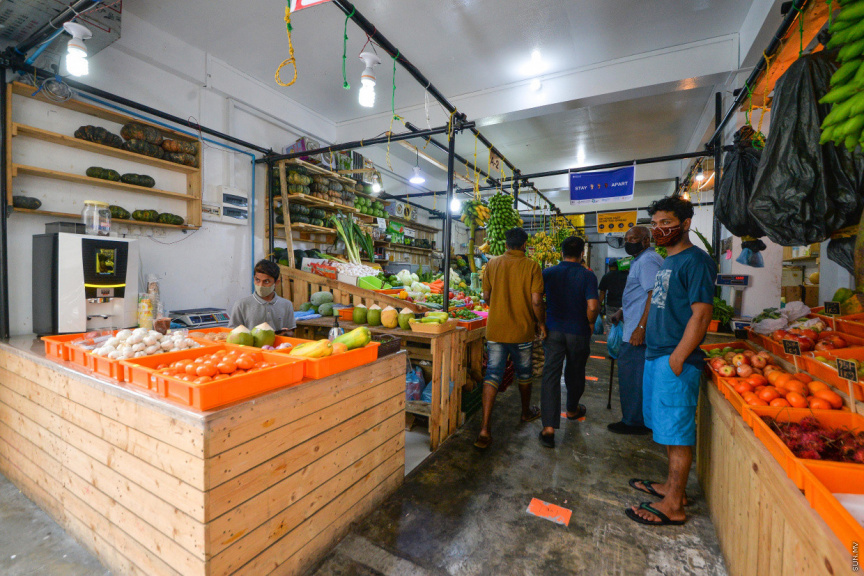 Customers at a market in Male' City. (Sun Photo/Fayaz Moosa)

The government of the Maldives has stated that it will be working to control the prices of some goods such as coconuts and chili during the month of Ramadan.

The government made the statement during a press conference of the President’s Office today. President’s Office spokesperson Mabrouq Azeez said that the Agronet company had made agreements with 363 farmers and agricultural workers in the nation for the purpose.

The issue of price inflation of items and supply chain effects such as watermelon, chili, and coconuts have been observed almost every year as Ramadan neared.

Mabrouq also said that the supply of eggs, staple food items, onions and potatoes would not be disrupted during this Ramadan and that the government would oversee whether the price control mechanisms are working.

Mabrouq also added that the supply and stock of items such as staple items, onions, potatoes and eggs were ensured. The Economic Ministry was also working to introduce price control for staple items, according to Mabrouq.

Mabrouq said that the State Trading Organization had provided details of the stock of these items.

Mabrouq said that the government was still working to increase the supply as well as the supply in the atolls.

President: This may be our last chance to save Maldives

Changes to deadline for ban on PET bottle, Styrofoam

COVID-19 testing to be ramped up