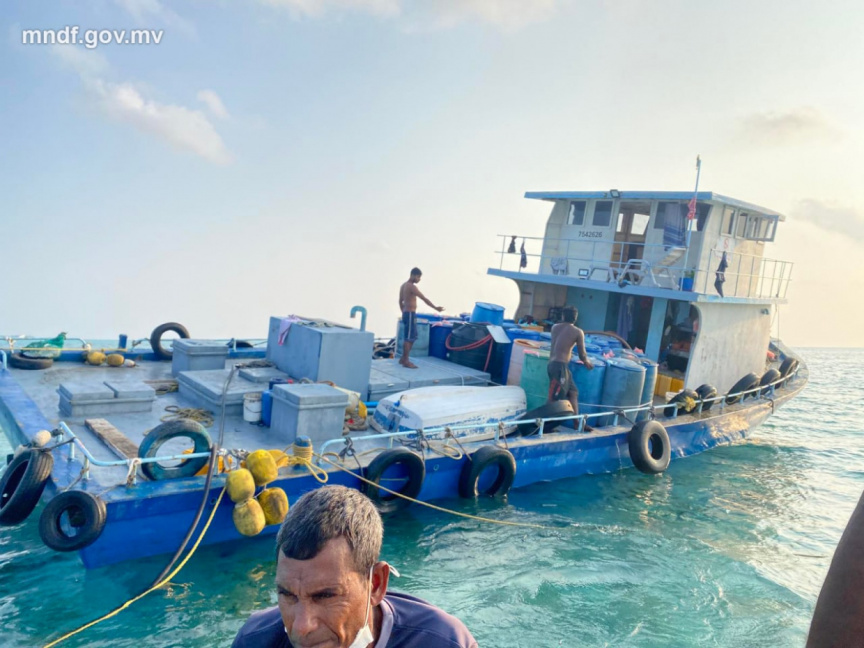 A boat carrying 50 tons of diesel has run aground onto a reef in Sh. Atoll.

The boat, named “Snow” was traveling to HA. Atoll from the capital Male’ City when it ran onto a reef near Sh. Keekimini. The reef is named Bolisthaa Reef, according to MNDF.

The boat was carrying two expatriates and one Maldivian when the incident happened.

MNDF said that the boat was carrying diesel when it ran onto the reef and that there was no leak into the ocean.

92 percent of police vaccinated against COVID-19