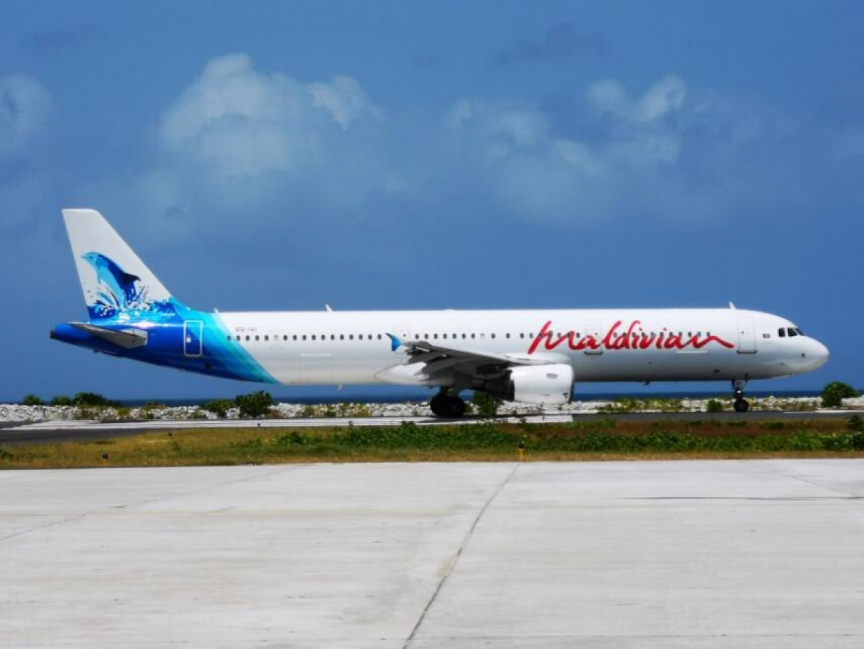 The national carrier, Maldivian Airlines is braced to launch direct flights between N. Maafaru and the Indian city of Mumbai.

Maldivian’s managing director Mohamed Mihad said on Sunday that Maafaru-Mumbai flights will be launched on April 13.

Mihad said that the Maafaru International Airport is surrounded by approximately 10,000 tourist beds, and that the airline expects neighboring resorts and guesthouses to make use of the opportunity direct flights from Mumbai will provide.

“We have received a great response so far,” he said.

“This is also a great opportunity for guesthouses in the atolls.”

Mihad said that islands in N. Atoll, R. Atoll, B. Atoll and Lh. Atoll can be reached from Maafaru in under one hour via speedboat.

Opened in 2019, Maafaru International Airport is surrounded by multiple luxury resorts, and has seen 211 inbound private jet movements so far this year.

The airport is managed by Island Aviation – which operates Maldivian.

Mihad said the runway will be expanded to accommodate widebody aircrafts by the end of this year.

“Because of the current length of the Maafaru runway, we are only able to accommodate short haul flights. We need to lengthen the runway in order to accommodate widebody aircrafts. I have been informed that work on lengthening the runway will begin in July this year, and we hope to complete the work by the end of the year. We plan on launching flights to Eastern European countries using widebody aircrafts as soon as the work is done,” he said.

Maafaru International Airport was funded by Abu Dhabi Fund for Development (ADFD) – which awarded USD 60 million in non-reimbursable financial aid toward the project - and contracted to Singaporean company, Tuff Offshore. The airport was developed to accommodate Airbus A320 and Boeing 737 aircrafts, and is scheduled to be further enlarged to accommodate Boing 777 twinjet.

Power cut off for Maafaru Council due to unpaid bills