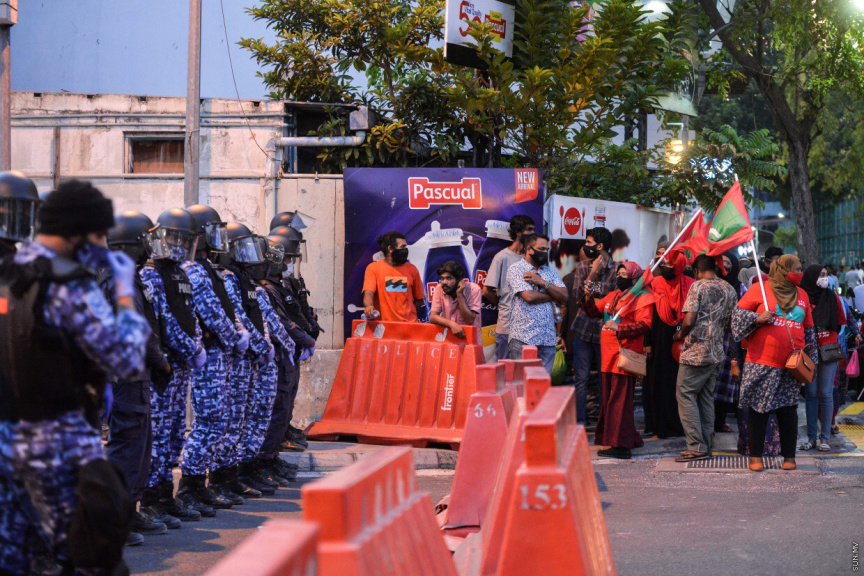 The protesters arrested from the rally held by the opposition PPM-PNC coalition in Male’ City on Friday have been released from police custody.

The police arrested 25 protesters from the rally on Friday.

They were released from police custody after they were fined for violating Health Protection Agency (HPA) guidelines. However, the amount by which they were fined has not been disclosed.

Those arrested from the rally on Friday included PNC leader Abdul Raheem Abdulla and council members from both PPM and PNC.