Aslam: Housing projects will no longer be run based on profession, age 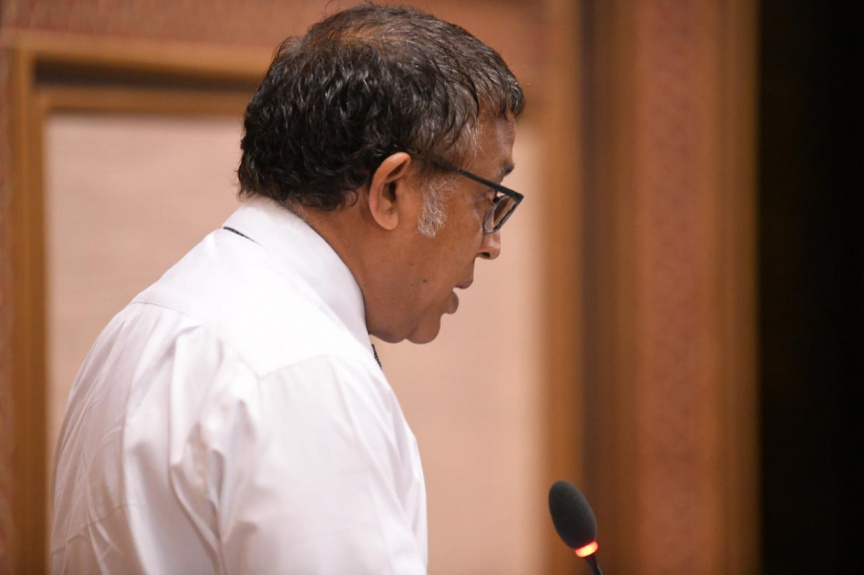 Minister of National Planning, Housing and Infrastructure Mohamed Aslam said on Wednesday the government will no longer run social housing projects based the profession or age categories.

Aslam said the government future housing projects will be open, and that tenants will be selected based on living situation, family size, and income.

Responding to a question by North Gaolhu MP Eva Abdulla regarding the government’s policy for arranging housing for applicants for the Hiyaa Housing Project who failed to receive housing during the parliamentary sitting on Wednesday morning, Aslam said the government needs to build more housing units. He said that the government has 11 housing projects in progress, under which 15,222 housing units will be built.

The 11 housing projects Aslam mentioned are:

“The President has announced construction of 5,000 units will take place this year. The work will be carried out for sure,” said Aslam.

“The results of our household income and expenditure survey in Male’ and a survey based on size of living quarters show 17,073. This is no coincidence. This is he figure we derived,” said Aslam, commenting on how the government reached the number of families in need of housing.

Noting that housing units built under the Hiyaa Project and other social housing projects in the past are built based on a uniform model and offered for the same rate, Aslam said that the income and living standard varies between people.

“A person’s living standard depends on their wealth. The size of their living quarters depends on their income. Based on this perspective, the population of Male’ can be divided into four categories,” he said.

He explained the criteria for categorization, and details of the category of housing units that applicants from each category can apply for.

THREE DIFFERENT RATES BASED ON INCOME

Aslam said there are 3,000 families that earn less than MVR 74 per head per month. He said the government needs to provide the families heavily subsidized housing units.

‘But the current policy is council housing on council properties. 3,000 people in Male’ fit council housing. We plan on controlling the rent at MVR 6,000 per month,” he said.

“I’m saying there are 3,000 in the council category and 5,700 in the affordable category. We will build 5,500 [units] for middle-income under the 11 projects I mentioned before. We will build housing units based on these three categories. We are not building units that are of the same size and rate,” he said.

Aslam said the government has abandoned the policy of building housing units based on profession and or age categories, and said that he has presented a paper to the Cabinet after considering the information that must be included in application forms and the evaluation process. He said that a committee of five Cabinet ministers has advised in the matter after consulting with Male’ City Council and parliamentary representatives for constituencies in Male’.

“The President has given us the target of making the final presentation during the Cabinet meeting on the first week of April,” he said.