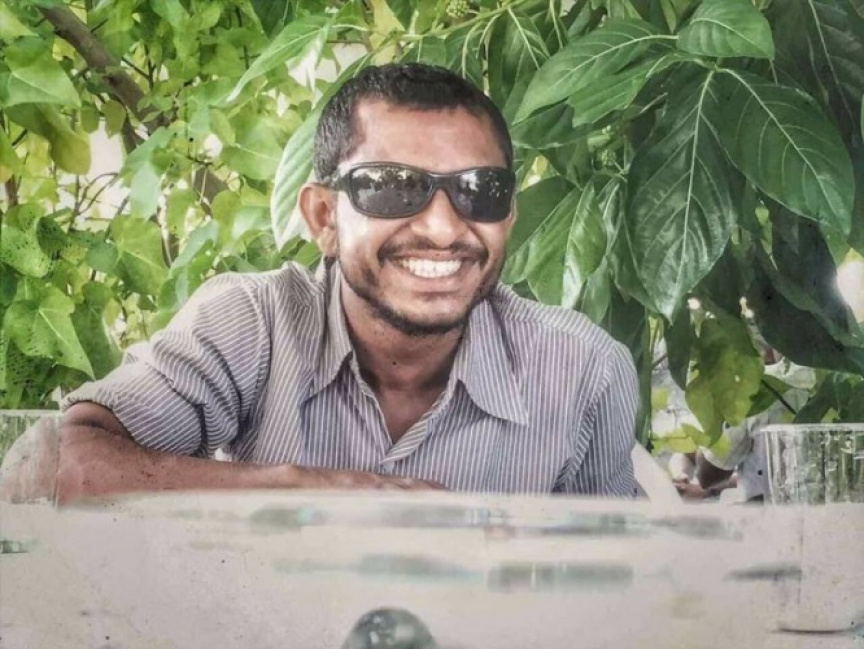 Mohamed Anas: He was stabbed to death inside the Litus Service Center in Male' on July 31, 2017. (Photo/Facebook/Mohamed Anas)

President Ibrahim Mohamed Solih states investigators are working on retrieving evidence from a phone in the investigation into the murder of Mohamed Anas – a young man from R. Meedhoo who was stabbed to death inside the Litus Service Center in Male’ in 2017.

Anas fled into the Litus Service Center on the night of July 31, 2017 after he was chased by eight people on four motorcycles armed with sharp-edged weapons. The assailants chased him into the center, and stabbed him to death. He sustained 24 stab wounds in the attack.

Taking part in a virtual MDP Rahvehi Fathis campaign meeting with candidates for Meedhoo council on Tuesday night, President Solih provided the latest information regarding the investigation into Anas’ murder.

He said the investigation into the murder by the Disappearances and Deaths Commission (DDCom), a presidential commission he established back in 2018, is close to an end.

President Solih said that the only work remaining is the analysis of a phone used as forensic evidence by sending it to Singapore. He said that the DDCom will release its report on Anas’ murder once they retrieve the evidence from the phone.

“Once the phone is sent to Singapore and the necessary evidence retrieved, the commission will, In Sha Allah, release the final report on Anas’ murder,” he said.

Four of them were accused of stabbing Anas; the minor, Ahmed Zayan, Afrah Abdul Razzaq and Usman Shareef. They were charged with murder with intent using a sharp-edged weapon.

The remaining defendants – Mohamed Saaz, Junaih Abdulla, Hassan Mahfooz and Simah Moosa – allegedly drove the motorcycles – and have been charges as accomplices to murder with intent using a sharp-edged weapon.

The Juvenile Court acquitted the minor implicated in the murder back in January, while the trial against the seven remaining defendants remains in progress at the Criminal Court.

The police investigation into the murder uncovered Anas, who worked as a boat captain, had not been the intended target for the killing, but that the assailants mistook Anas for their target because he had been wearing similar clothing.

MVR 1.5B allocation in '22 budget for housing in atolls