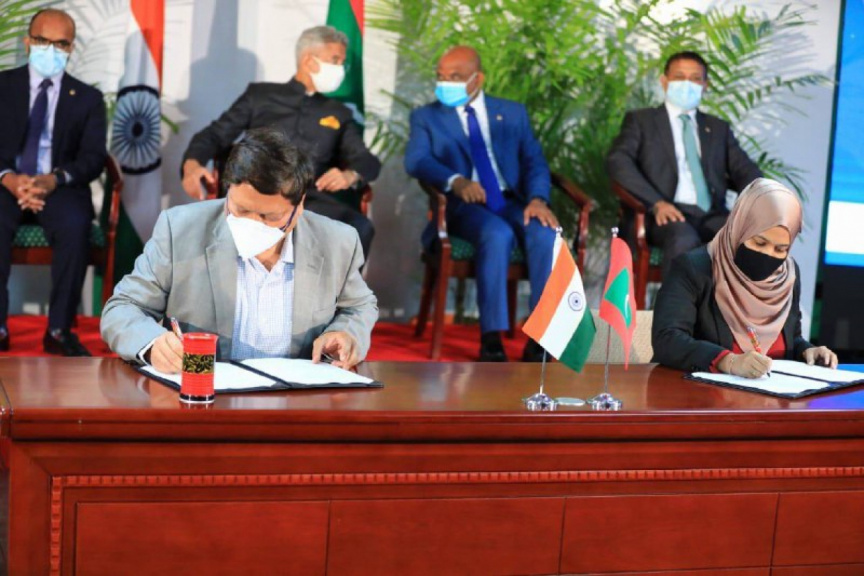 The construction contract for the project was signed by Planning Ministry’s Director General Fathimath Shana Farooq and Afcons’ Director of Operations Ravi Prakash in a ceremony at the Foreign Ministry headquarters in Male’ on Sunday morning.

The project will be financed under the USD 800 million line of credit from the Exim Bank of India.

According to the terms of the contract, Afcons needs to complete the project within 730 days.

The project will involve:

Planning Ministry states that they will be installing light fixtures and CCTVs in the roads developed under the project, and establishing other traffic safety measures.

The project also involves building a four-lane detour link road stretching 1.43 kilometers which will link the Hithadhoo Gaukede with Maradhoo.