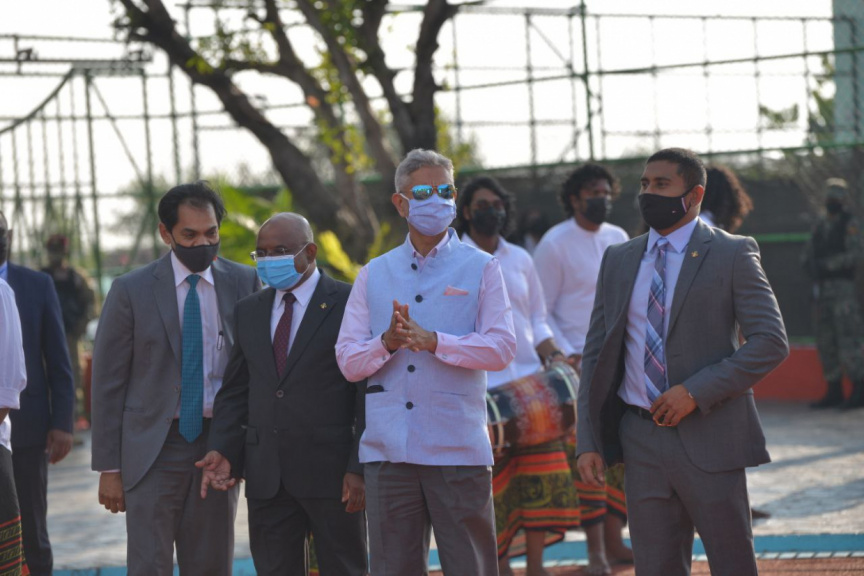 India has offered a standalone line of credit of USD 40 million for the development of sports infrastructure in Maldives.

The offer was announced in an event held at the Ekuveni Track in Male’ as part of Indian External Affairs Minister Dr. S. Subrahmanyam Jaishankar’s ongoing visit to Maldives on Saturday evening.

The USD 40 million was offered under the credit line approved by India back in 2011.

Neither government has yet to disclose the repayment period or interest rate for the loan.

Mahloof said the assistance will lead to the development of sports infrastructure not just in Male’, but also in other regions of the country.

He said that the government plans on utilizing the assistance to build synthetic tracks and indoor courts in islands such as Addu, Fuvahmulah, Thinadhoo and Kulhudhuffushi, and also for the renovation of the Galolhu Stadium.

Mahloof said that the assistance will bring about a revolutionary change to sporting in Maldives, as President Ibrahim Mohamed Solih pledged in his inaugural address.

He said that the same assistance was offered to, but rejected by the previous administration.

“I have been informed that this same offer was on the table back in 2016. But the administration at the time did not accept the offer, and did not propose projects,” he said.