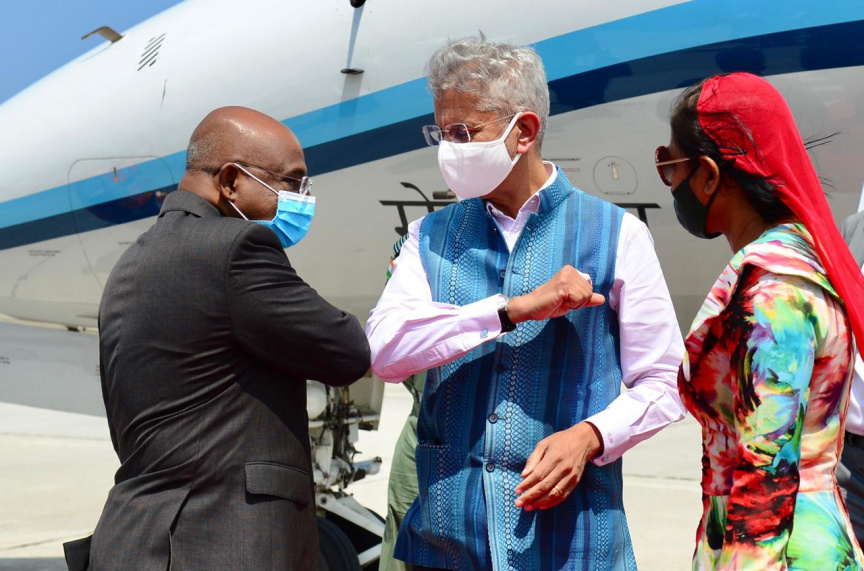 Minister of External Affairs of India Dr. S. Subrahmanyam Jaishankar arrived in Maldives on an official visit on Saturday afternoon.

Jaishankar arrived in Maldives at the invitation of Shahid.

It marks his second official visit to Maldives, following his visit to attend the 5th Indian Ocean Conference back in 2019.

According to the Maldivian Foreign Ministry, Jaishankar, during his visit, will inaugurate some projects undertaken with Indian grant assistance and witness the exchange of several agreements and MoUs between the two countries.

He will also take part in a joint meeting with Minister of Finance Ibrahim Ameer, Minister of Economic Development Fayyaz Ismail, and Minister of National Planning, Housing and Infrastructure Mohamed Aslam.