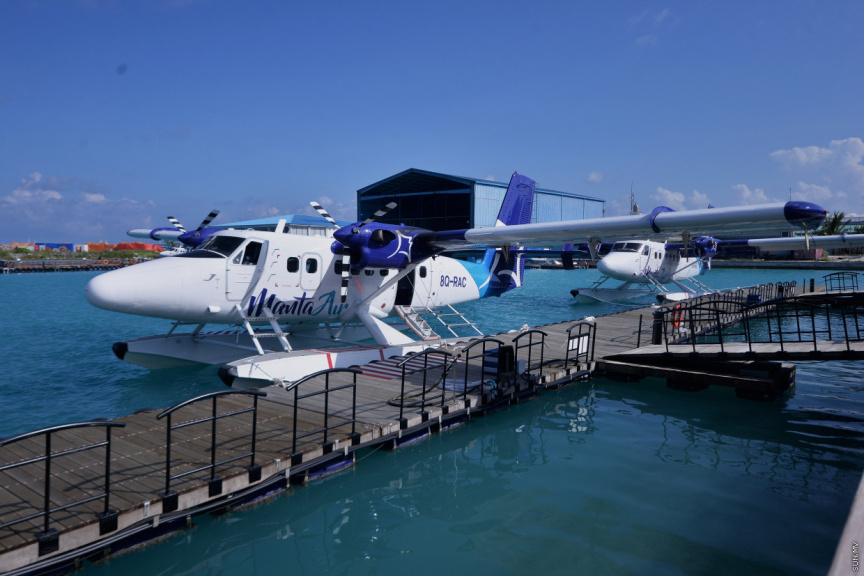 The passengers and crew on board the Manta Air seaplane which crashed into the water during landing at Velana International Airport on Sunday morning have been discharged from the hospital following medical examinations.

The seaplane, flight NR117 (8Q-RAE - DHC6 Twin Otter), was carrying six passengers and three crew members from COMO Maalifushi to VIA when it crashed into the water while landing at the airport’s seaplane runway at approximately 07:30 am on Sunday.

The passengers and crew were taken to the Tree Top Hospital and Hulhumale’ Hospital for medical examinations after they were rescued.

Manta Air has issued a statement announcing that all six passengers and three crew members have been discharged from the hospital after medical examinations.

The accident did not result in any serious injuries.

Maldives National Defense Force (MNDF) – which deployed officers to rescue passengers and recover their luggage – said that one of the people onboard the plane dislocated a shoulder while another complained of shoulder pain.

The seaplane which crashed is being salvaged and additional information is being gathered regarding flight NR117 for the investigation.

“The entire Manta Air family extends its deepest, heartfelt sympathy to our customers, employees, family members and loved ones affected by the accident. Our emergency response team has been deployed since 07:32 am and we are working to provide every resource to support those affected by this accident,” said Manta Air in a statement.