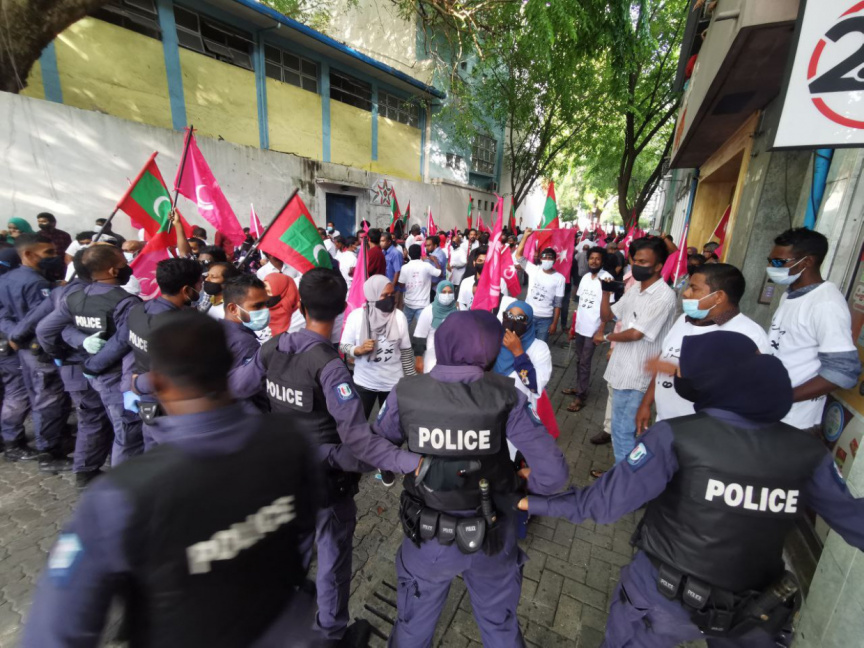 Opposition supporters have begun protests in the capital during the dire situation with COVID-19.

The supporters are protesting regarding the awarding of social housing flats by the government under the banner “Where is my flat?”

Police have used pepper spray to disperse the protesters who initially gathered near the parliament building. The pepper spray affected a number of people in the protests with some requiring medical care.

The protests come as authorities tighten measures on the capital due to the increase of COVID-19 cases. A vehicle ban and curfew is imposed on the capital and authorities have warned that this is the most dangerous situation faced by the nation since the local epidemic began.