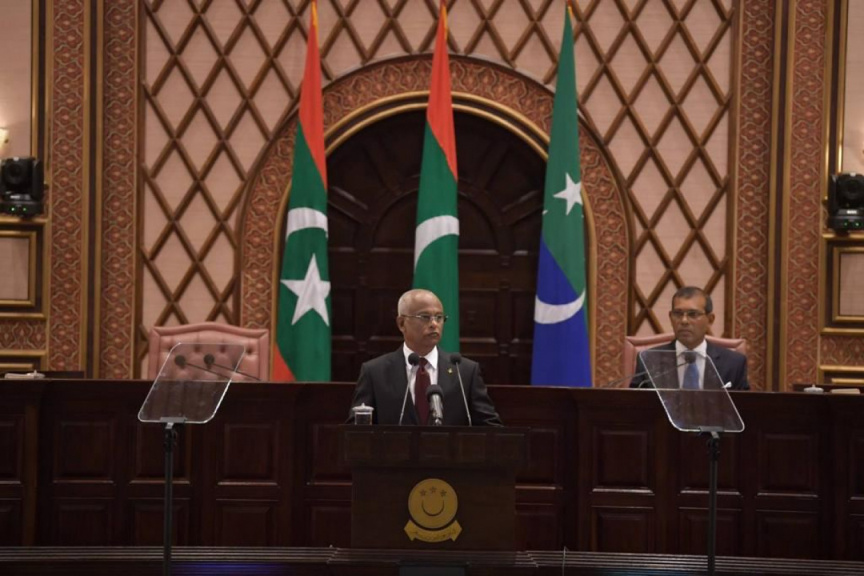 President Ibrahim Mohamed Solih delivers his address to the Parliament on February 4, 2021.

President Ibrahim Mohamed Solih said on Thursday that the new resorts scheduled to open in Maldives this year will create at least 9,000 new job opportunities.

Delivering his presidential address to the Parliament as it reopened for the year on Thursday morning, President Solih said his administration has made key legislative amendments to develop the tourism sector – the Maldives’ main economic driver.

President Solih said Maldives will be opening more resorts this year, which will create thousands of new job opportunities.

“We expect that, along with resorts currently under development, 18 new resorts will open this year making 5,062 additional beds available in the market. Therefore, we expect 9,000 new job opportunities will be created this year from the tourism sector alone,” he said.

President Solih said his administration had launched a program to train at least 1,200 young men and women for different economic sectors each year, in order to boost the human resources needed to expand the respective sectors.

Economic Ministry had initially targeted repatriating 20,000 undocumented workers by the end of last year, but later revised the target to 10,000.

He said that all the migrants were repatriated voluntarily.

Over 41,000 migrant workers have applied for the regularization program launched by the Economic Ministry.