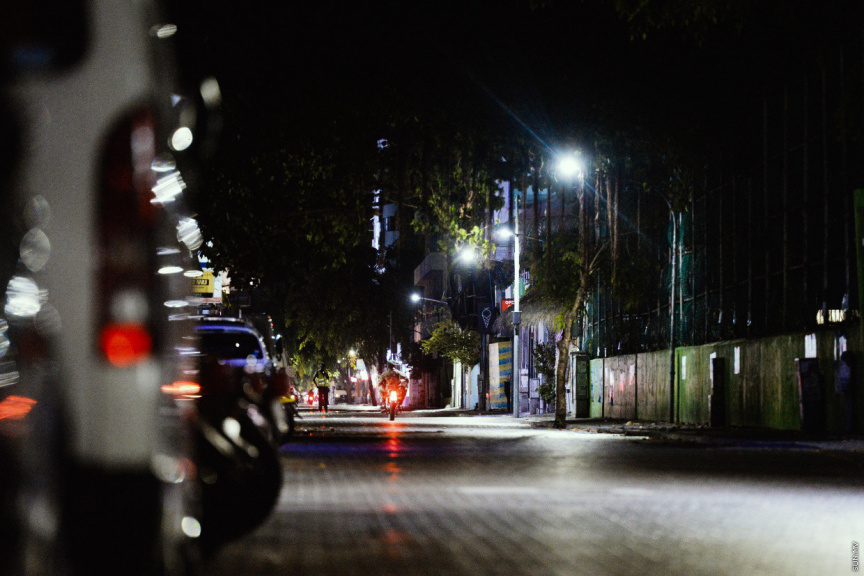 Health Protection Agency (HPA) has announced the reinstatement of a curfew in the capital the Greater Male’ Area in light of increased COVID-19 cases. Apart from this, the agency also announced that parties and public gatherings are no longer permitted in the capital.

An order by the Director General of Public Health Maimoona Aboobakuru read that parties and public gatherings are no longer permitted to be held in the capital area which includes Hulhumale’, Vilimale’, and Male’ City.

The capital, as the epicenter of the outbreak, has had curfews imposed previously due to the virus. The curfew in place since the beginning of the outbreak around April was lifted fully on December 19.

COVID-19 cases in the nation have picked up alarmingly with an average of 50 cases confirmed in the beginning of the year. The figures have now increased to 100 per day as of recently.

An individual that traveled from the island of M. Kolhufushi to Male’ City also tested positive, leading to the island being placed under monitoring mechanisms. Nine cases have been detected in the island where 106 contacts have so far been identified.

A positive case was also identified from the island of A. A. Thoddoo, which has led to monitoring mechanisms being placed on the island as well.