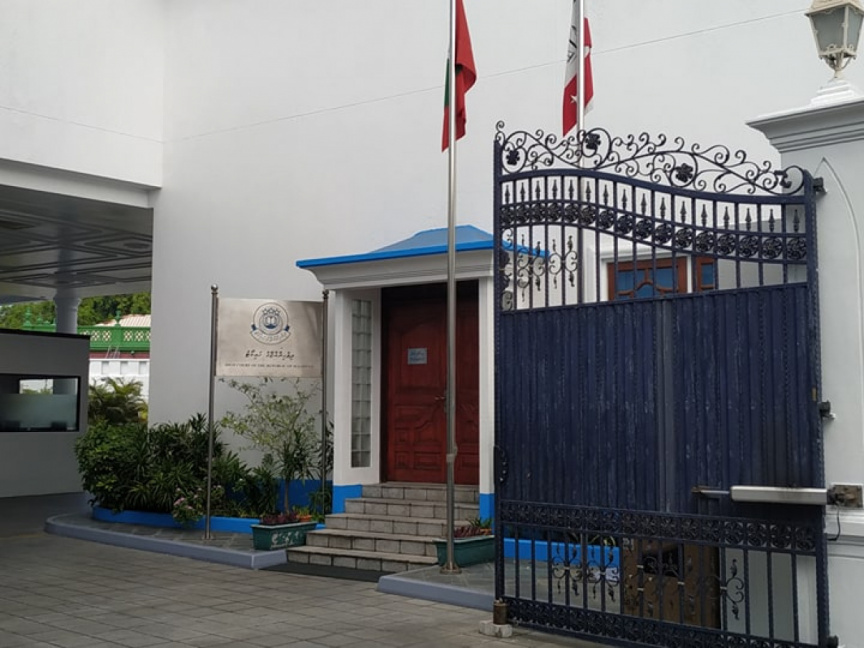 High Court has ordered for a case against two people for possession of guns and material used to make explosives – which was dismissed by the Criminal Court citing illegally obtained evidence – to be reheard.

Moosa Yoosuf, Himaayaih, L. Gan and Hassan Naseem, Male’ Dhafthar 7102 were charged with terrorism following a search on an apartment in M. Irudhoadhi under court order on suspicion of attempting to travel to Syria to join militant activities led to the discovery of guns and material used to make explosives.

The charges against the two defendants were dismissed by the Criminal Court in 2016, citing that the police obtained the evidence in the case illegally.

The question arose as to whether the property owner mentioned on the warrant meant the registered owner of the property, the tenant, or the person who used the apartment.

The judges concurred that the property owner under the circumstances is the person who used the apartment.

“Looking for an answer to this question, I find the party indicated in the warrant is the party who entered the place the warrant gives authority to search on his own violation, and had control over the place. Given that the party in question when the warrant was executed is Moosa Yoosuf, based on this factor, I find the evidence collected by the police by searching the place under court warrant were not obtained illegally as stated under Article 52 of the Constitution,” reads the verdict.

The High Court therefore instructed the Criminal Court to rehear the case.

The High Court bench made the decision with the unanimous consensus of Judge Hathif Hilmy, Judge Mohamed Niyaz and Judge Hussain Shaheed.

HPA requests passengers of G. A. Atoll ferry to report