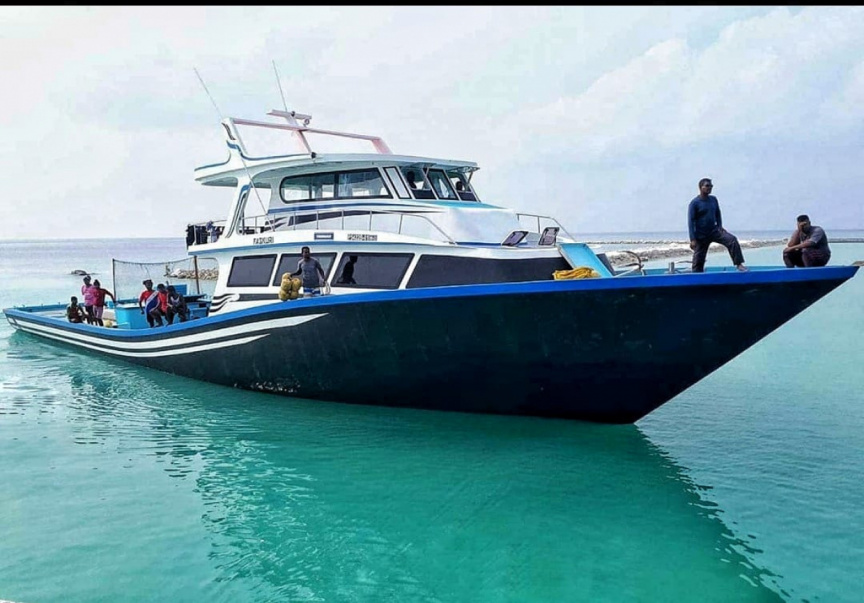 Faskuri: The fishing boat was hijacked by a group of armed men on October 26, 2020.

Charges have been filed against 26 people with the L. Gan Magistrate Court in connection to the armed hijacking of a fishing boat in the Vadinolhi Sea of L. Atoll in October.

The incident had taken place on October 26, and involved a group of men armed with sharp-edged weapons who forced their way on board the fishing boat, Faskuri, as it lay anchored in the Vadinolhu Sea to catch bait.

The media official at Prosecutor General’s Office, Ahmed Shafeeu told Sun that all 26 have been charged with issuing threats.

The charges were filed with the L. Gan Magistrate Court on December 17.

The police had previously announced they made 16 arrests in connection to the case, all of whom were later released when presented before the court for their remand hearings.

The police said they found the incident was motivated by a business dispute, and that though the group forced their way on board the boat armed with weapons, no violence took place.

Tanker off UAE sought by US over sanctions ‘hijacked'