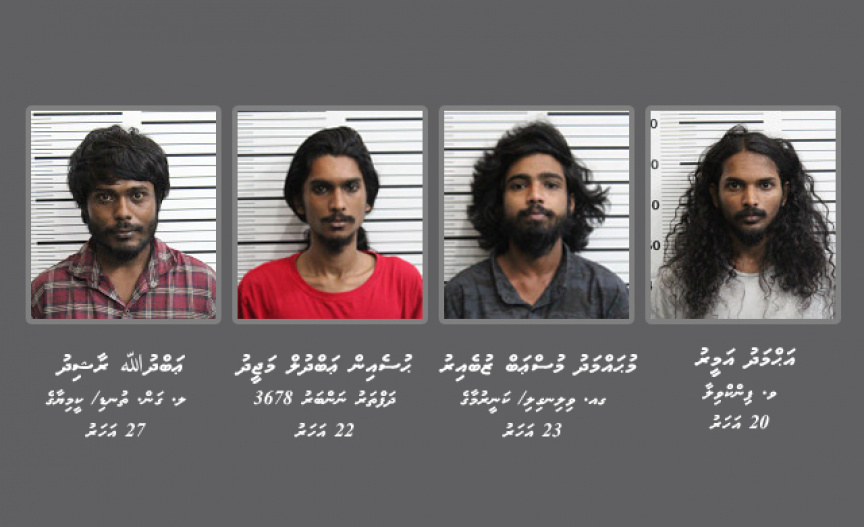 Charges have been filed against five suspects in connection to the attempt to steal over MVR 4.2 million in cash transported for deposit by local tobacco distributor Root to Bank of Ceylon (BOC) in Male’ in October.

Four of the suspects were charged with theft, while the fifth was charged as an accomplice to theft.

The police said in a previous statement that all four suspects have prior records for theft, armed robbery, assault, and drug offenses.

Meanwhile, the suspect charged as an accomplice to theft is Mohamed Azmeen, 30, Orchidmage, R. Rasmaadhoo.

In addition to Azmeen, the police had also arrested two more suspects as accomplices to the theft.

The theft was foiled by Root’s employees, and a private security guard who had been in front of BOC at the time.

Police search for man who stole from store in Hulhumale

Police search for two men who robbed house in Maafannu

Over USD 1,300 stolen from Hulhumale flat

Tourist arrivals in December rise above 90,000