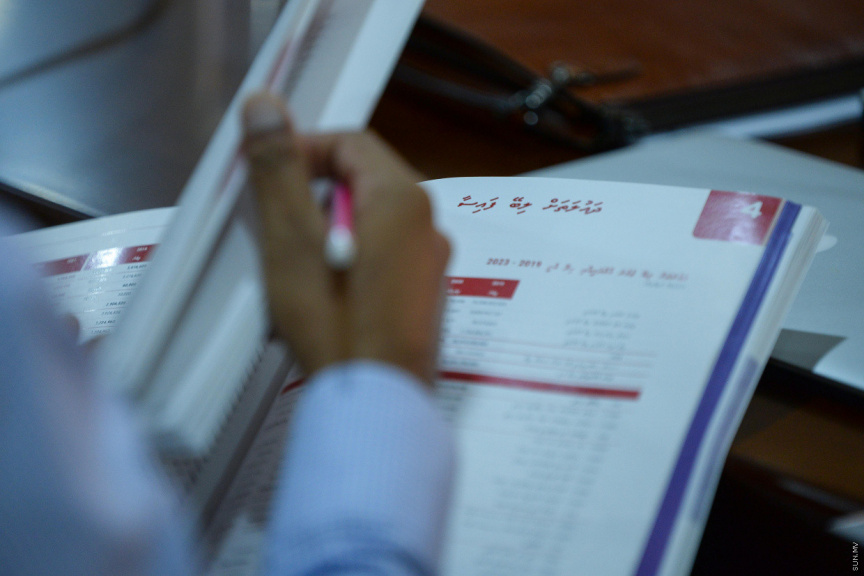 The Parliament has approved a proposed state budget of MVR 34.9 billion for the upcoming year.

The budget was passed with a majority vote of 68 during the parliamentary sitting on Monday afternoon. Only one parliamentarian, Kaashidhoo MP Abdulla Jabir, voted against the budget.

However, the Budget Committee made revisions to allocations for Public Sector Investment Program (PSIP) projects and administrative expenses during the review, and revised the revenue projection to MVR 21 billion.

The committee’s revisions had increased the budget by MVR 130 million to MVR 34.92 billion, and with the higher MVR 21 billion revenue projection, the budget deficit was reduced to MVR 12.3 billion.

The revisions were made following consultation with the Finance Ministry.

The Parliament also passed a revision, to require the government to provide detailed information regarding loans, sovereign guarantees, sukuks, and T-bonds by the State to the Parliament in the form of quarterly reports, within 30 days of the end of each financial quarter.

Saleem calls for budget to be slashed to MVR 25 billion