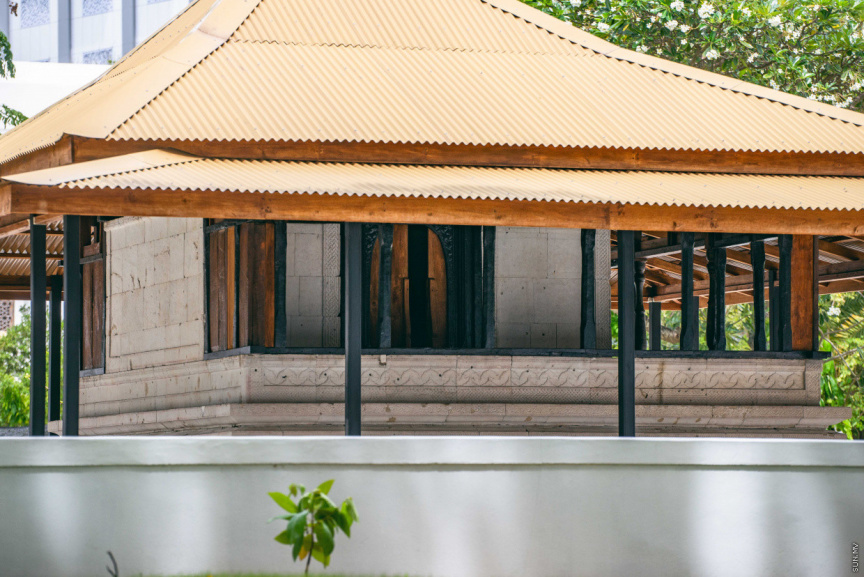 Kalhuvakaru Mosque, the famed ‘travelling mosque’, has been reassembled, restored, and reopened in Male’ City.

The mosque was reopened by President Ibrahim Mohamed Solih on Tuesday morning. The reopening of the famed mosque comes the same day Maldives’ celebrates the anniversary of the day it embraced Islam.

The mosque is now located at the junction of Chaandhanee Magu and Medhuziyaaraih Magu, and is surrounded by a public park.

Ministry of Arts, Culture and Heritage stated that both the mosque and the surrounding park area will be open to public from 05:00 am to 09:00 pm each day, but advised the public to comply with health safety measures in light of the COVID-19 pandemic.

The public have also been advised to take care not to damage the mosque, given it’s a historic heritage site.

Kalhuvakaru Mosque was reopened as a living heritage and exhibit of the national museum. While calls for prayer and congregational prayers will not be conducted at the mosque, individual worshippers will be allowed to perform wudu using water from the well at the mosque, and perform prayers.

Kalhuvakaru Mosque is an architectural marvel built in the 18th century during the reign of Sultan Hassan Nooraddin I.

Built using coral stones and lacquered woodwork and without use of any form of motor, all pieces of the mosque are designed to fit together like pieces of a puzzle – leading it to be called ‘the travelling mosque’.

Kalhuvakaru Mosque has been moved from location to location multiple times.

The mosque was auctioned-off and moved from the junction of Majeedhee Magu and Karanka Magu to Furanafushi Island in the 1970s, during former President Ibrahim Nasir’s administration.

It was moved back to Male’ in 1980, during former President Maumoon Abdul Gayoom’s administration, and reassembled in the land at the south eastern end of Sultan’s Park.

The mosque remained open in the location for years, before it was closed for restoration, and reopened again in 2009, during former President Mohamed Nasheed’s administration.

The mosque was disassembled in 2016, during former President Abdulla Yameen Abdul Gayoom’s administration, to redevelop and modernize Sultan’s Park. There was talk of reassembling the mosque in G. Dh. Thinadhoo, and later, in suburban Hulhumale’, though nothing was finalized.

Locating the disassembled pieces of the mosque and finding it a new home was one of President Ibrahim Mohamed Solih’s electoral pledges.

Reopening the Kalhuvakaru Mosque this Tuesday, President Solih said he hopes the historic mosque, which has been moved from location to location over the past two centuries, has finally found a permanent home.